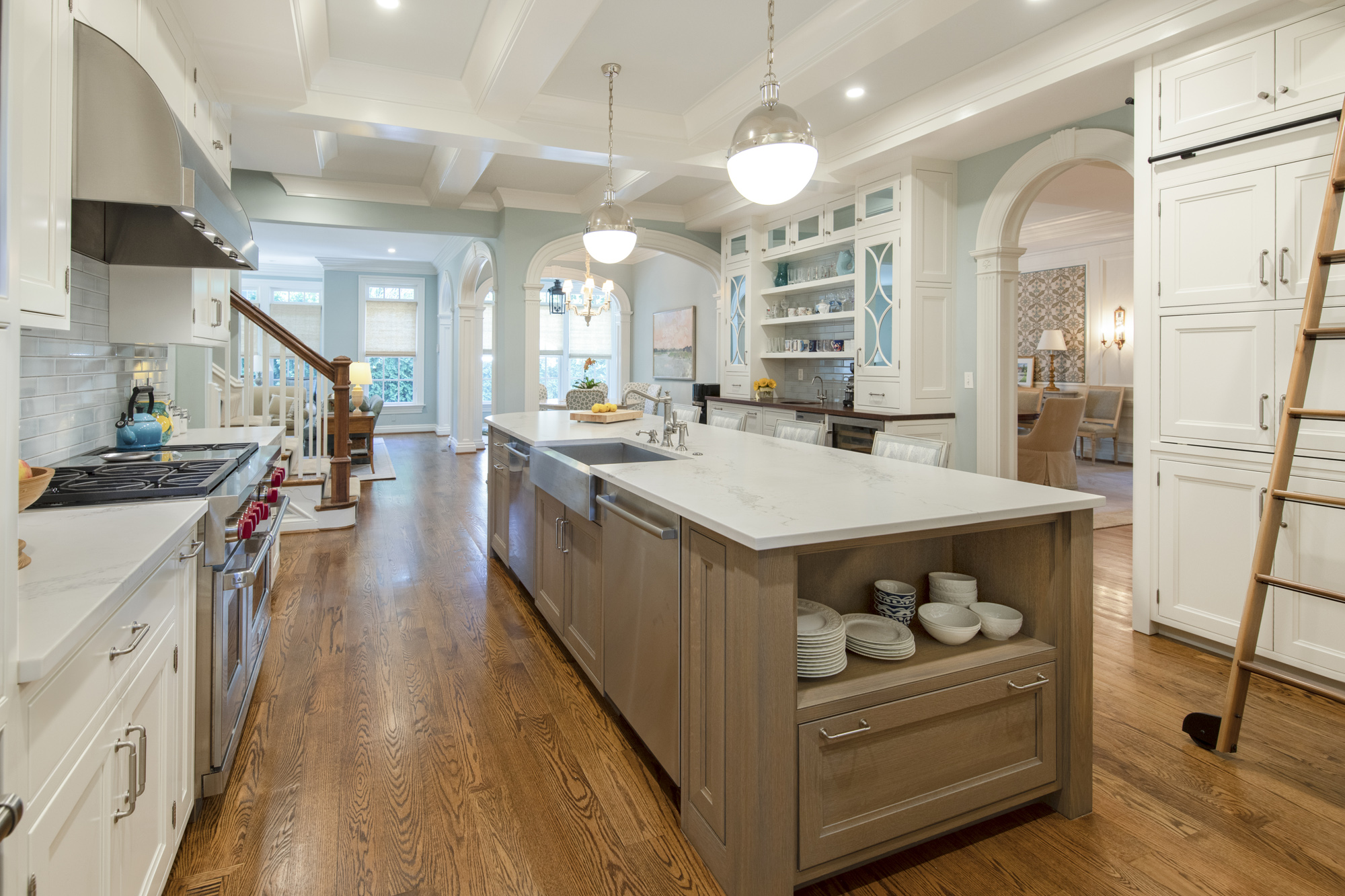 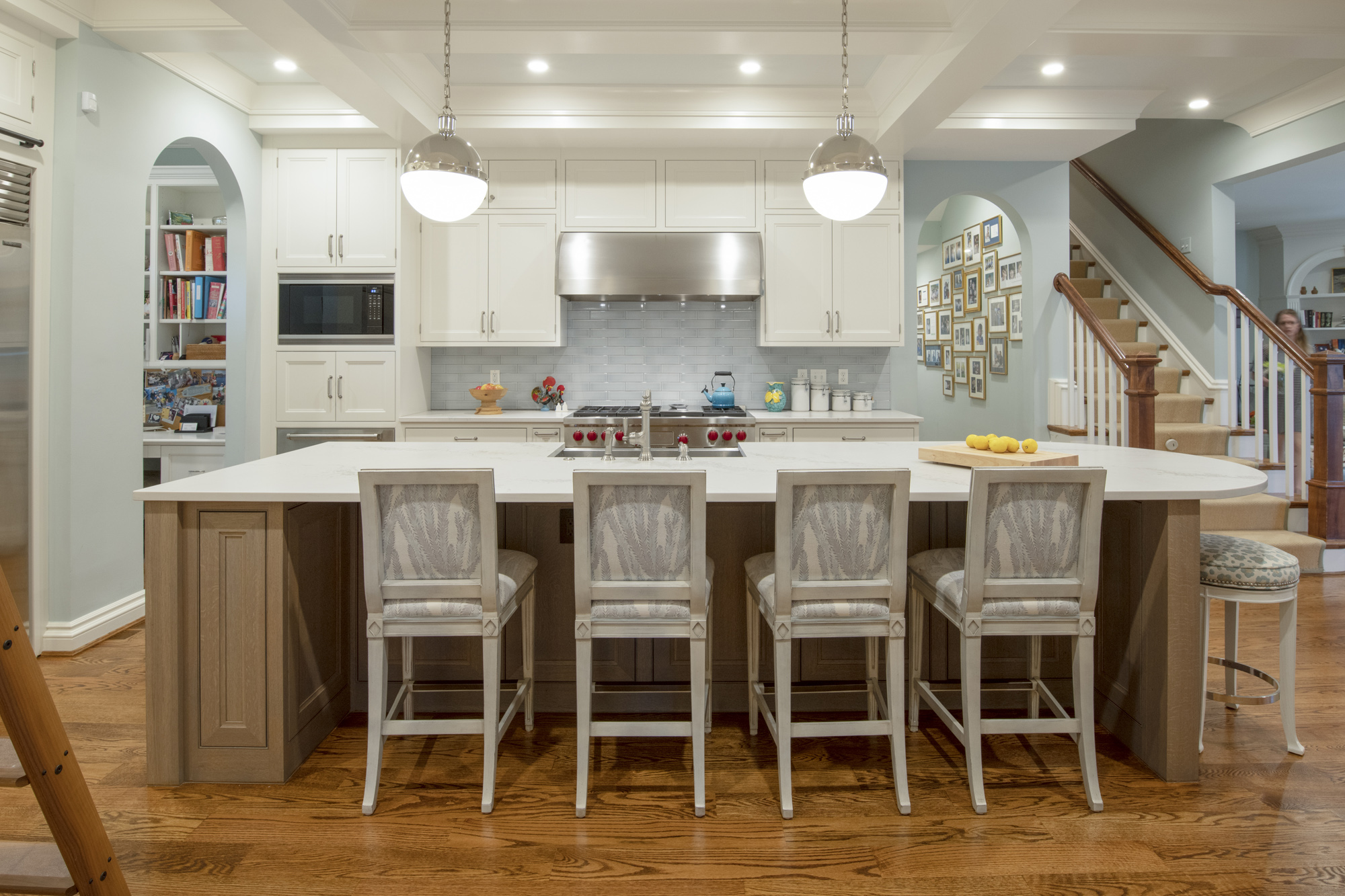 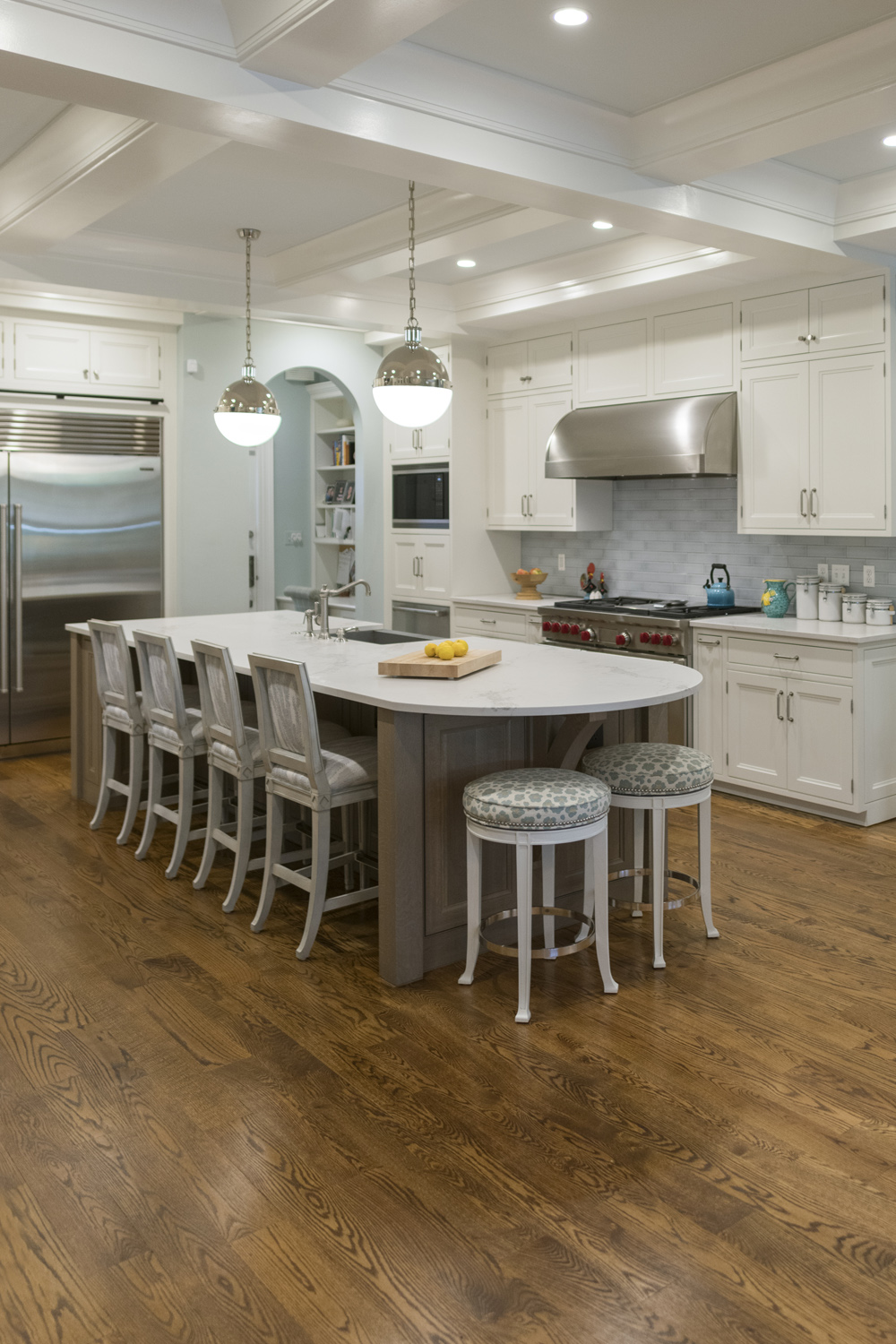 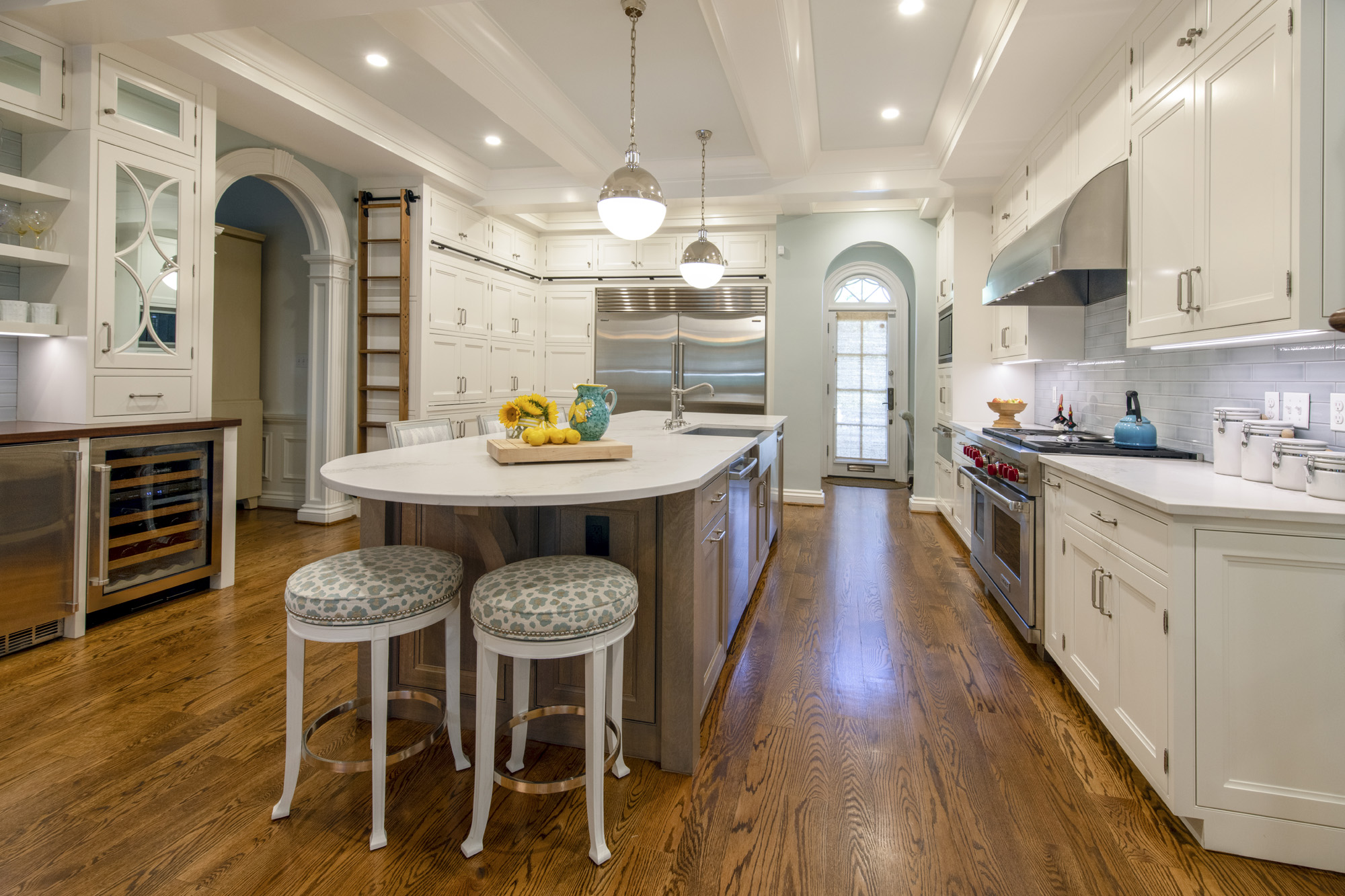 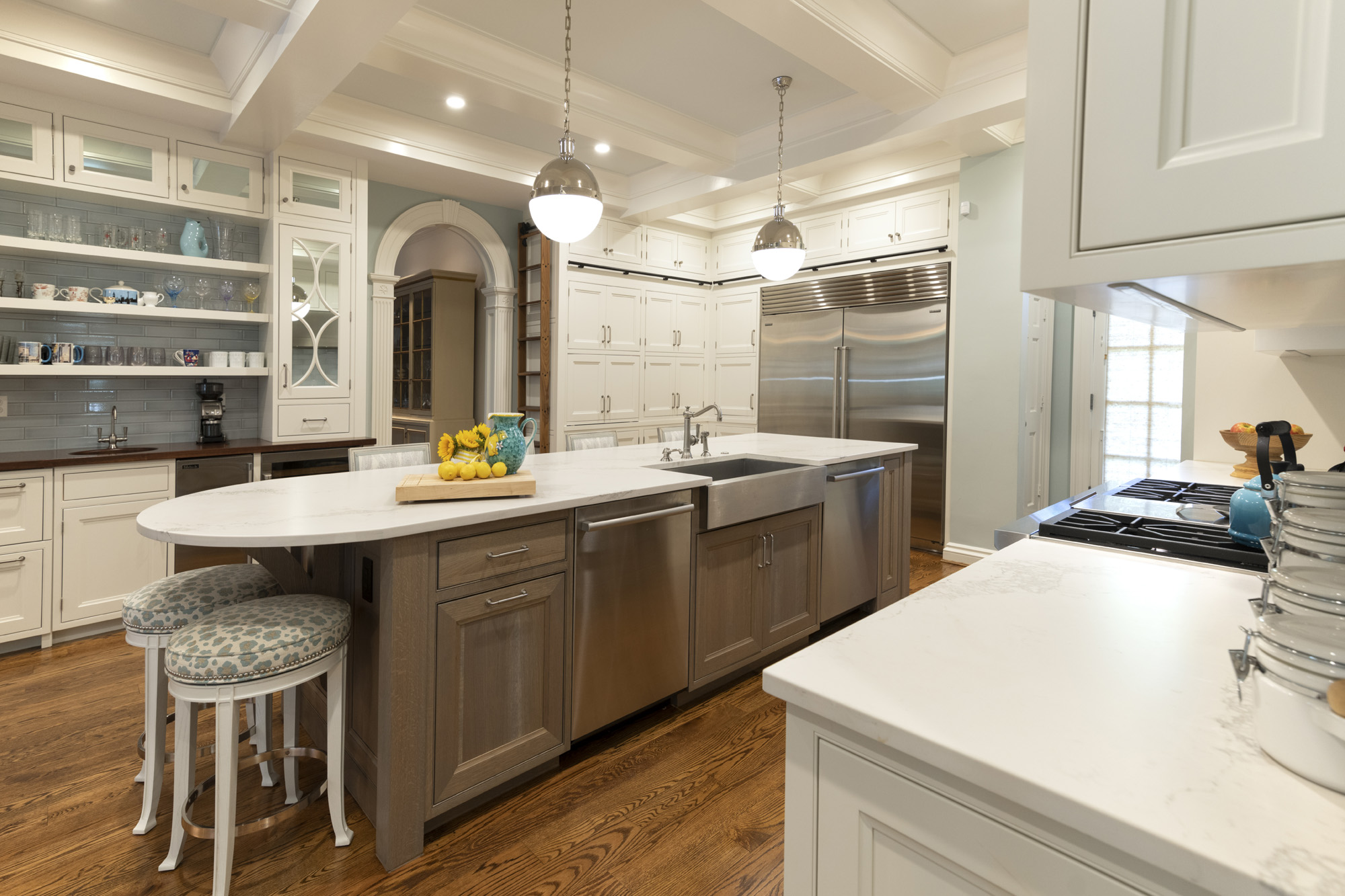 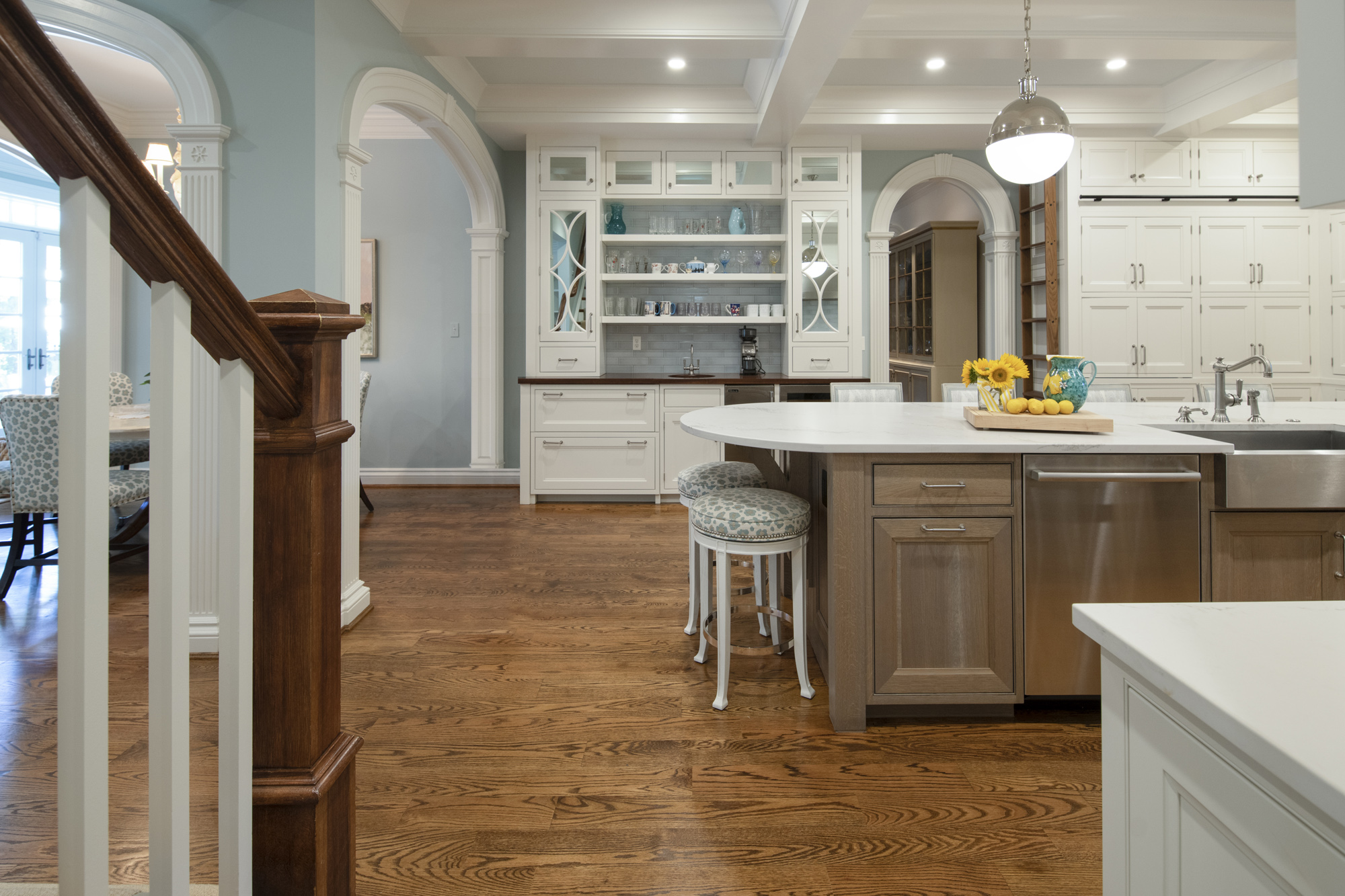 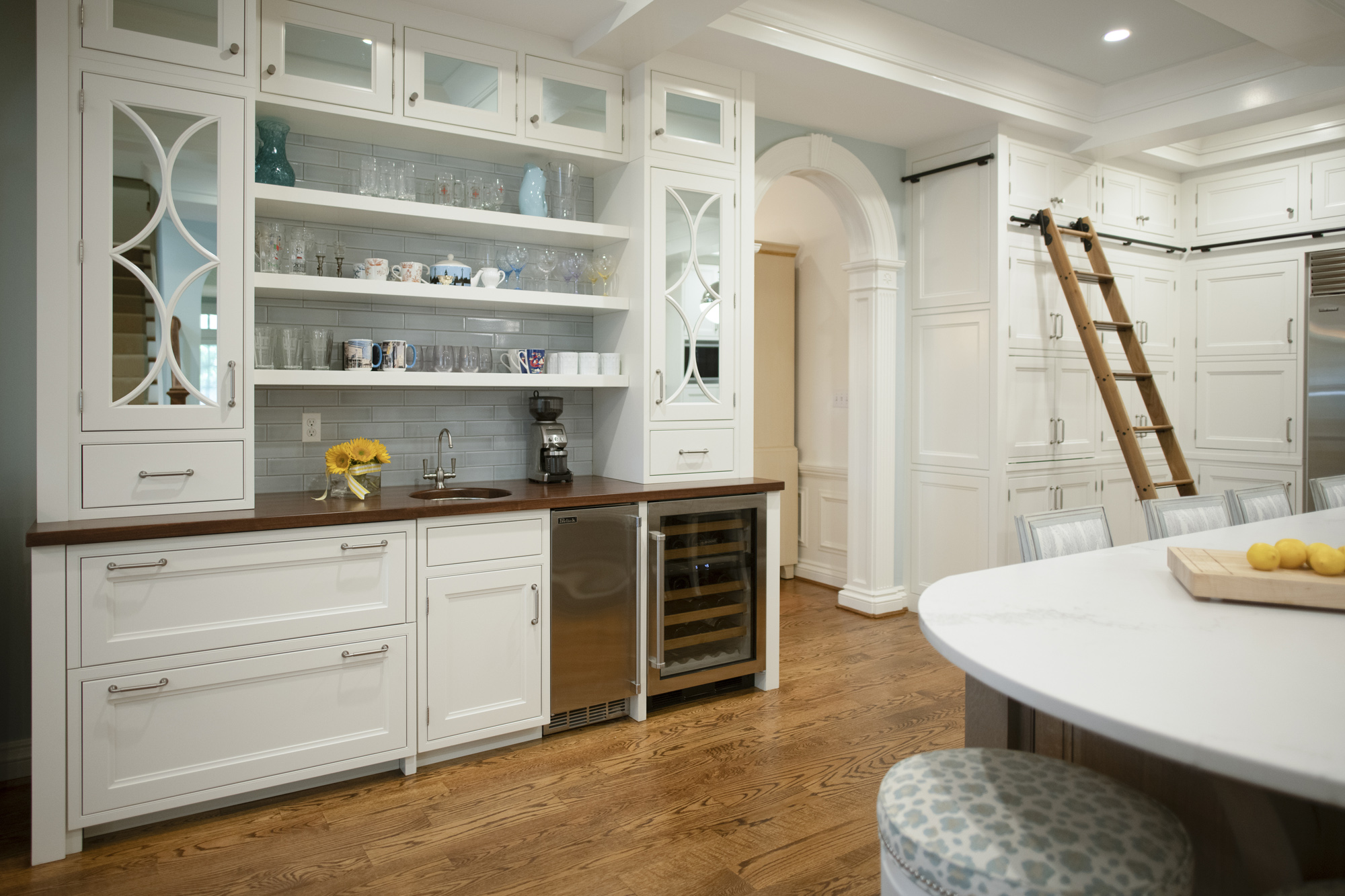 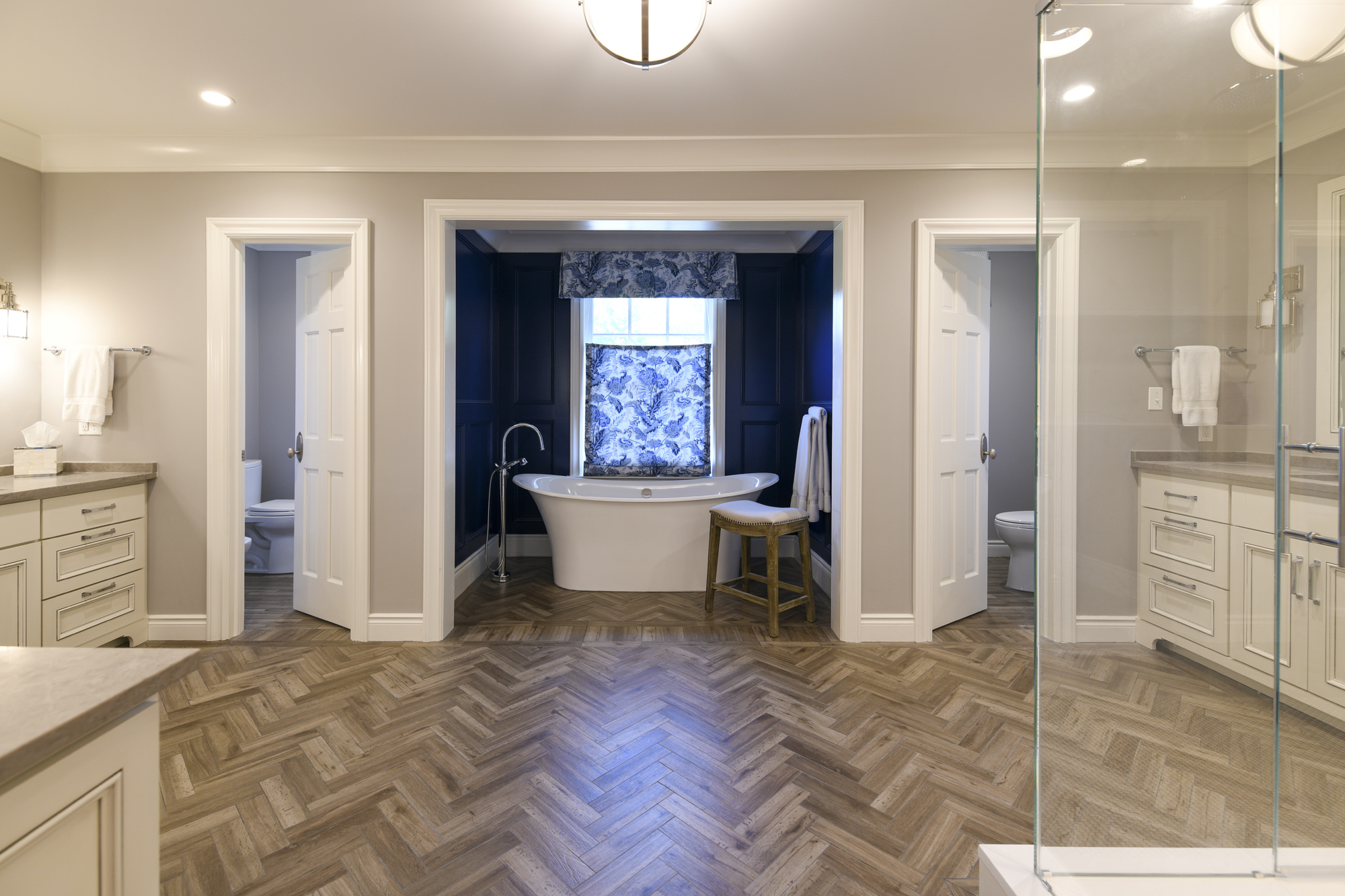 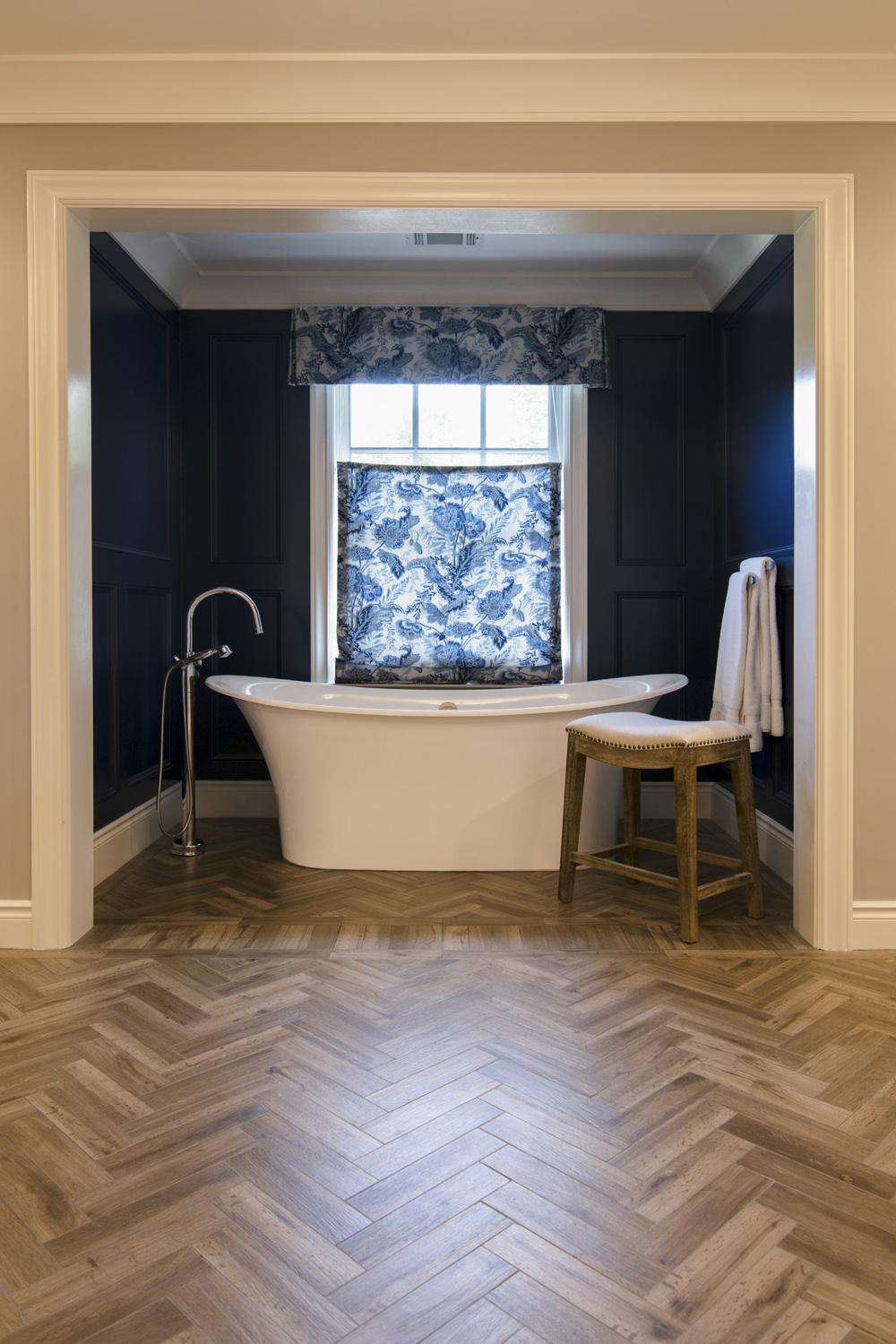 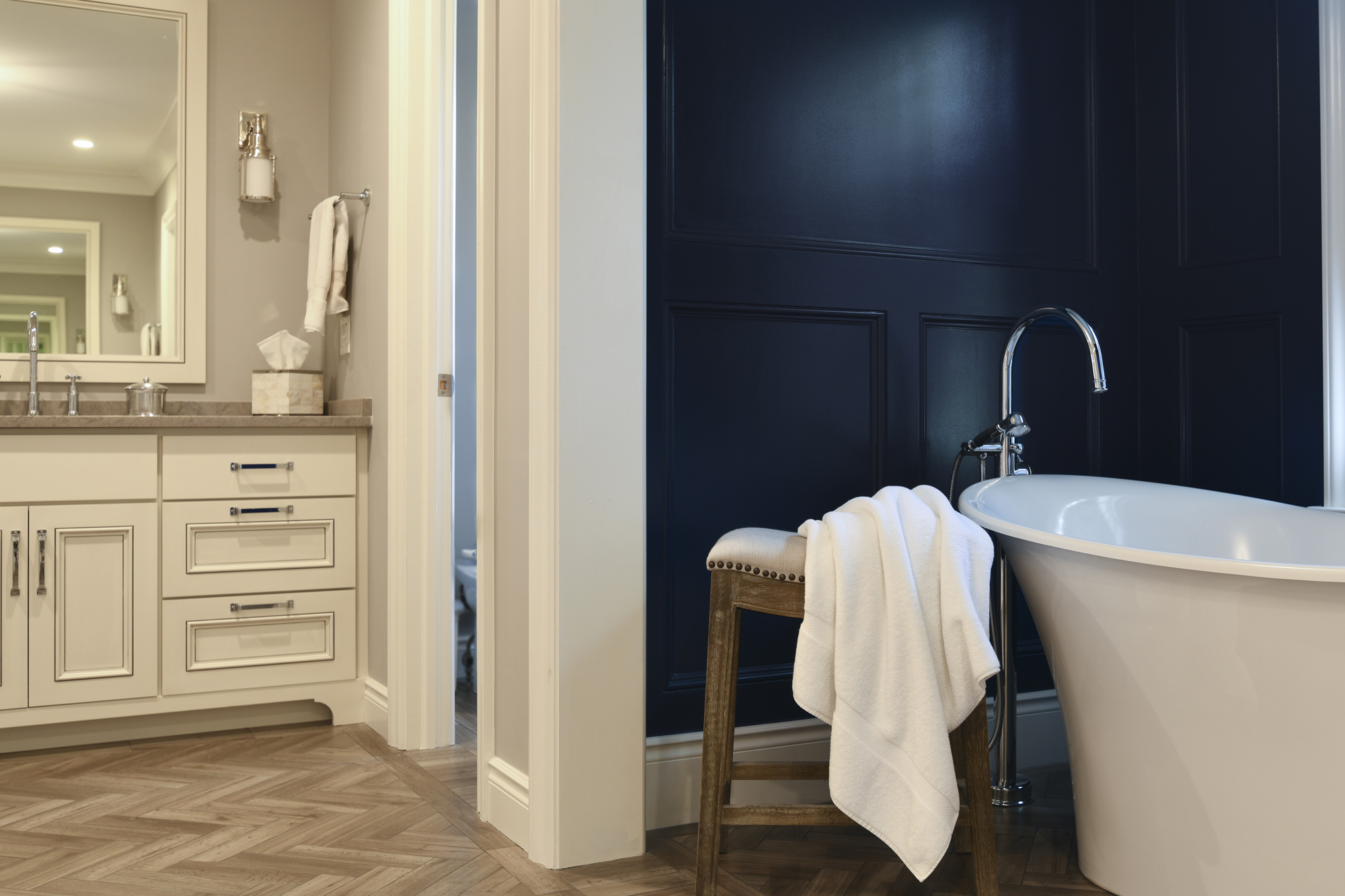 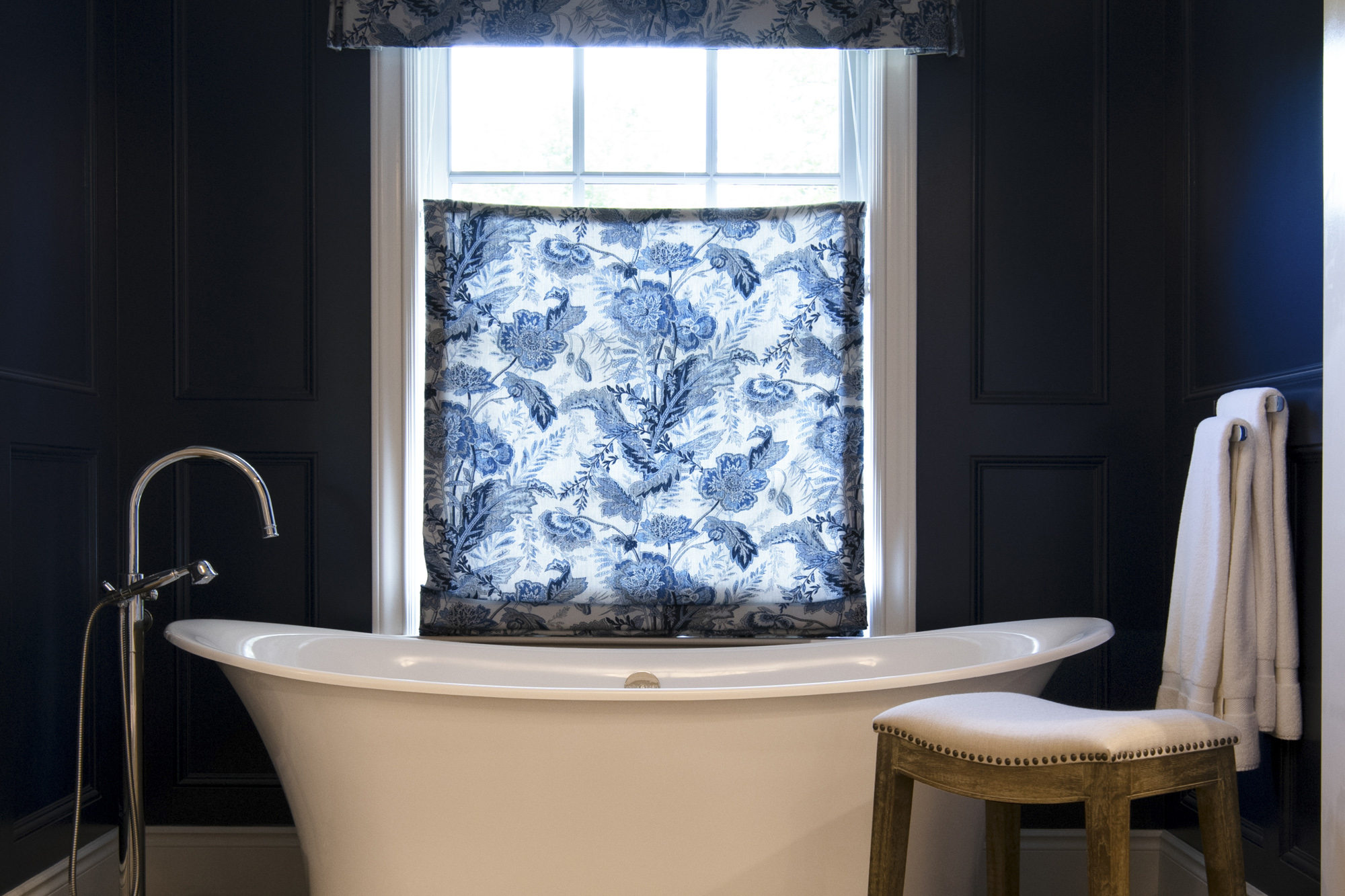 This project for a repeat client in a traditional Chevy Chase home was a renovation of the two most important spaces of the house – the  Kitchen and the Master Bathroom.  The original kitchen suffered from a lack of cabinetry and storage and was bifurcated by columns that cut the island in half. By removing the columns and introducing new flush beams, we were able to open up the layout and introduce a new larger island that anchored the cooking side and enlarged the social side to a new beverage (coffee, tea, drinks) bar.

The master bathroom, on the other hand, while expansive also did not have enough cabinets and was dated with a large built-in tub taking up far too much space. We separated the tub into its own alcove and paneled in a dramatic navy blue. And we updated the materials selections to make bright, spacious master retreat.