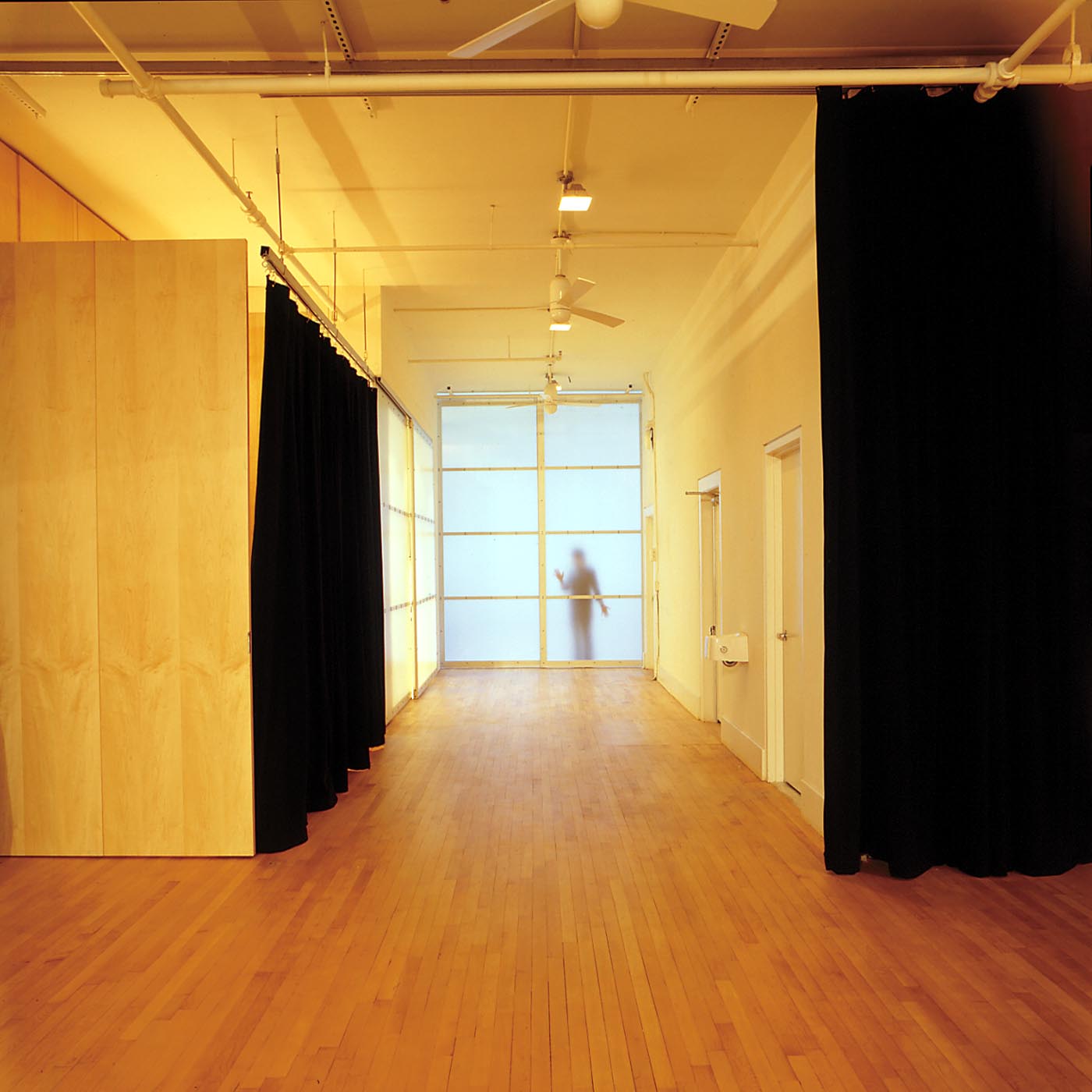 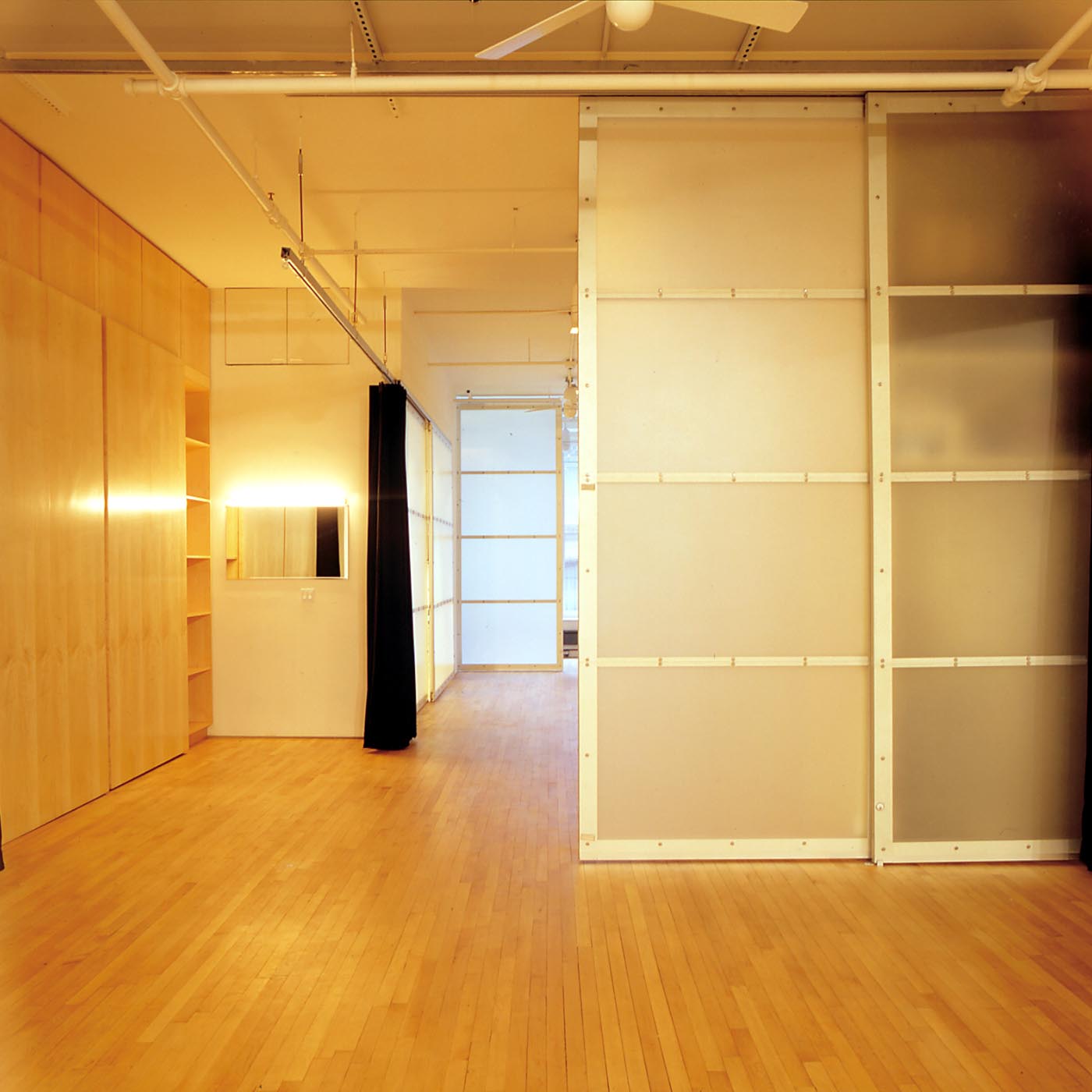 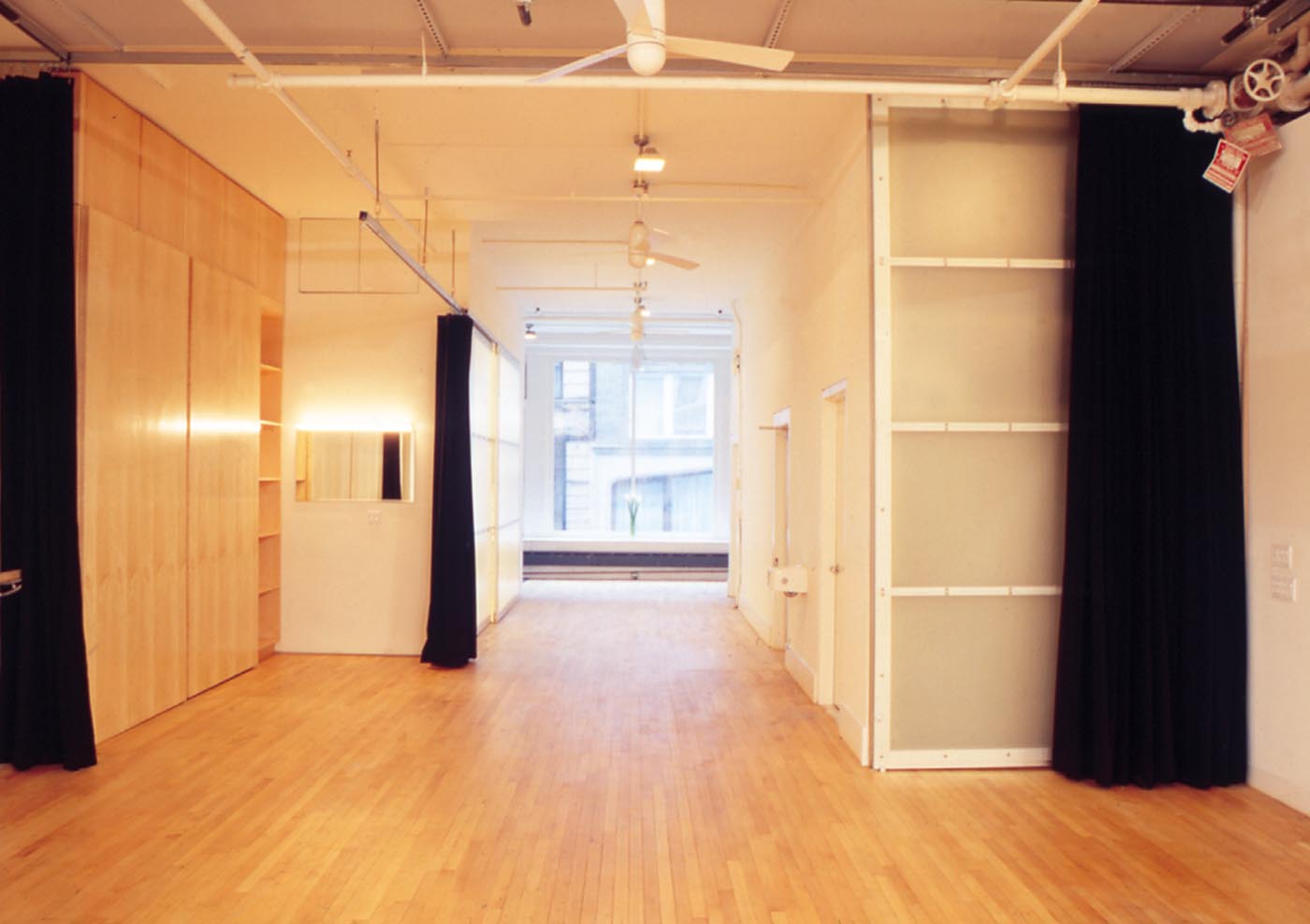 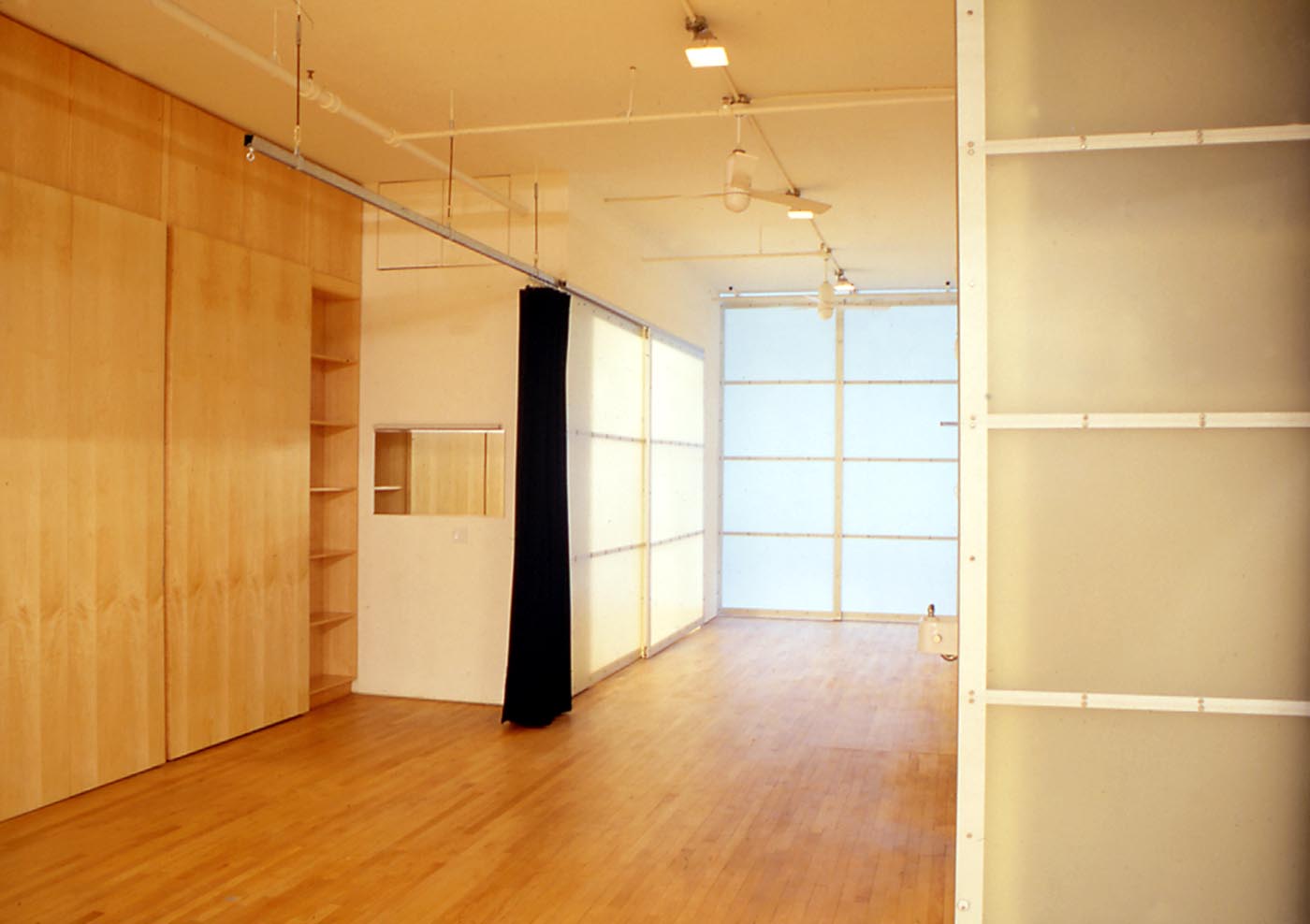 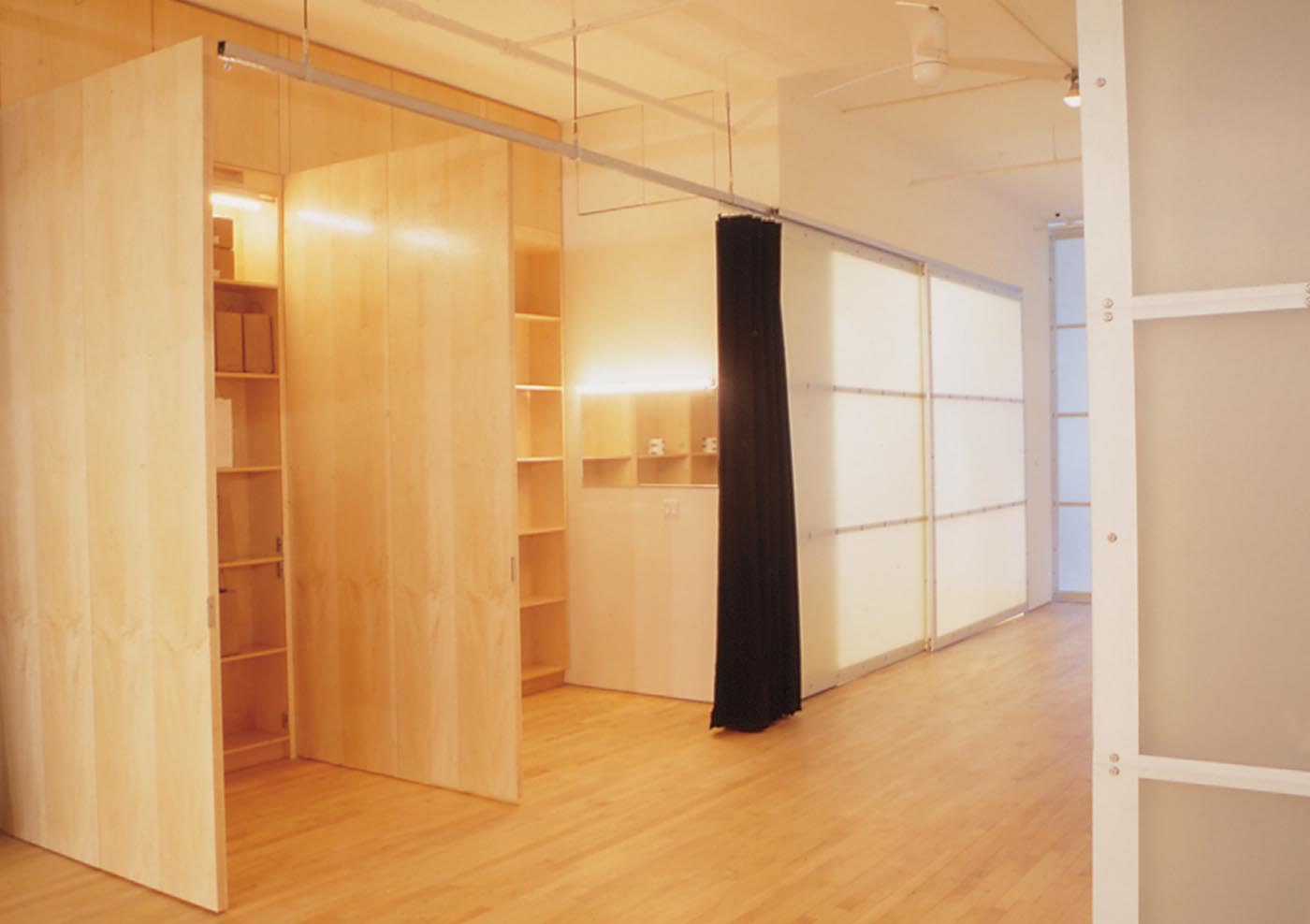 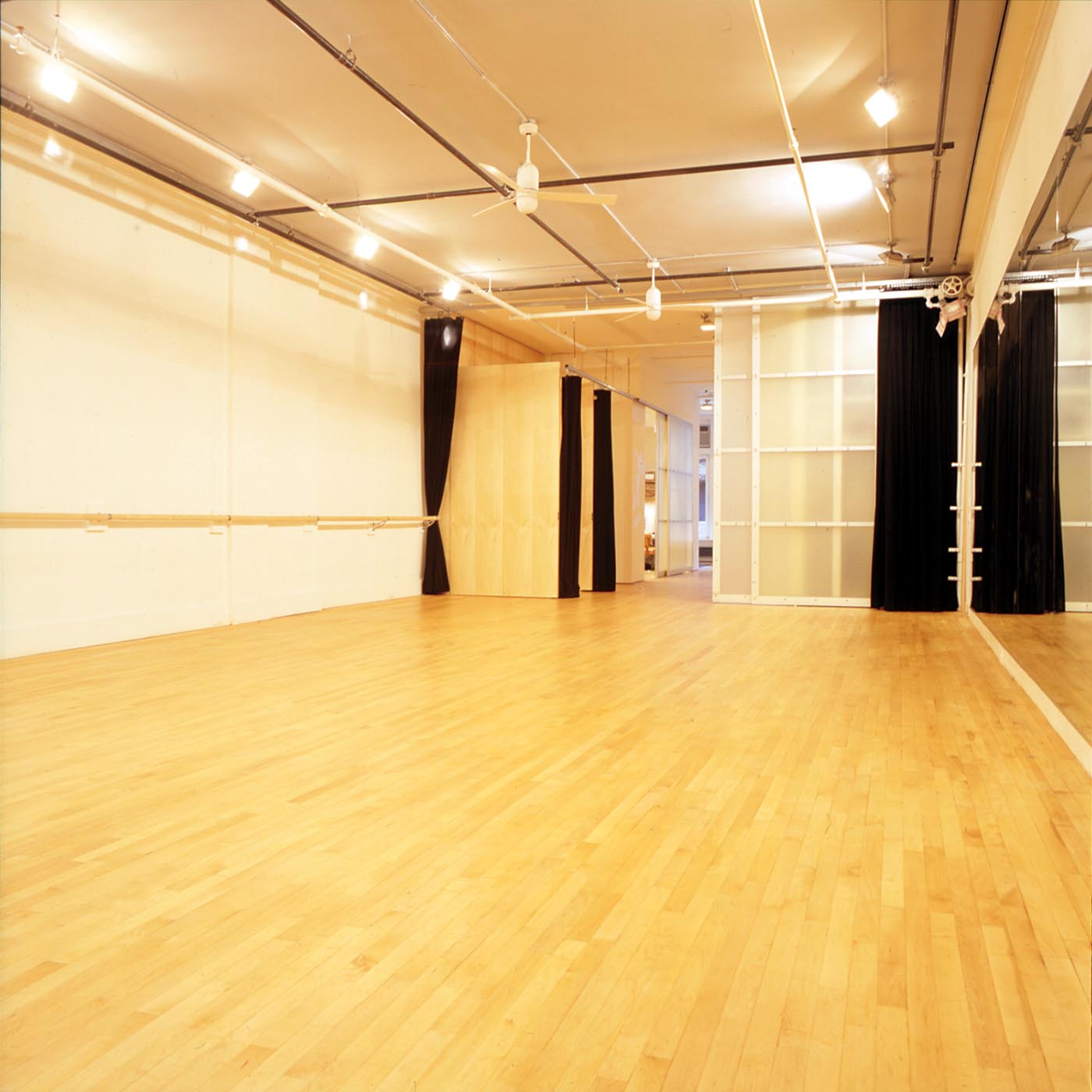 Asked to renovate a warren of small, cluttered rooms into a clean, open space for performances and classes for a non-profit dance company, we were able to carve out performance, dance and warm-up spaces as well as an office, storage space, and dressing rooms out of the 2000 square foot envelope of an old NYC loft. The main function as a dance space guided a considerable part of the limited budget into the sprung maple flooring. Large (4’-0” x 10’-0”) aluminum and lumasite panel doors on industrial tracks were used to open and close the spaces for the varied program. And the office was designed like a clamshell to open up as office space during daytime hours and as a more formal reception space during performances. Likewise, large storage cabinet doors and curtains perform double duty as dressing rooms during performances.