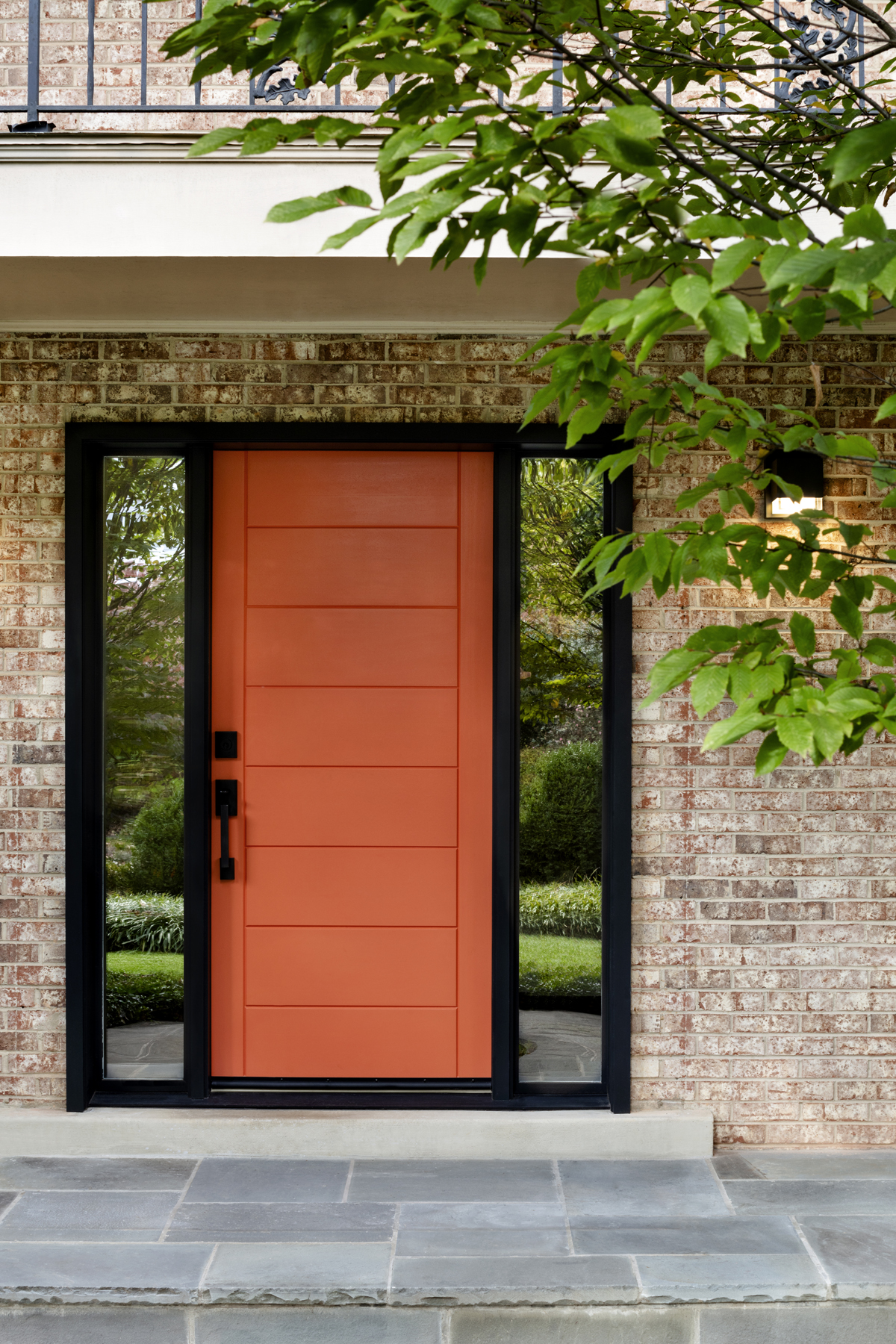 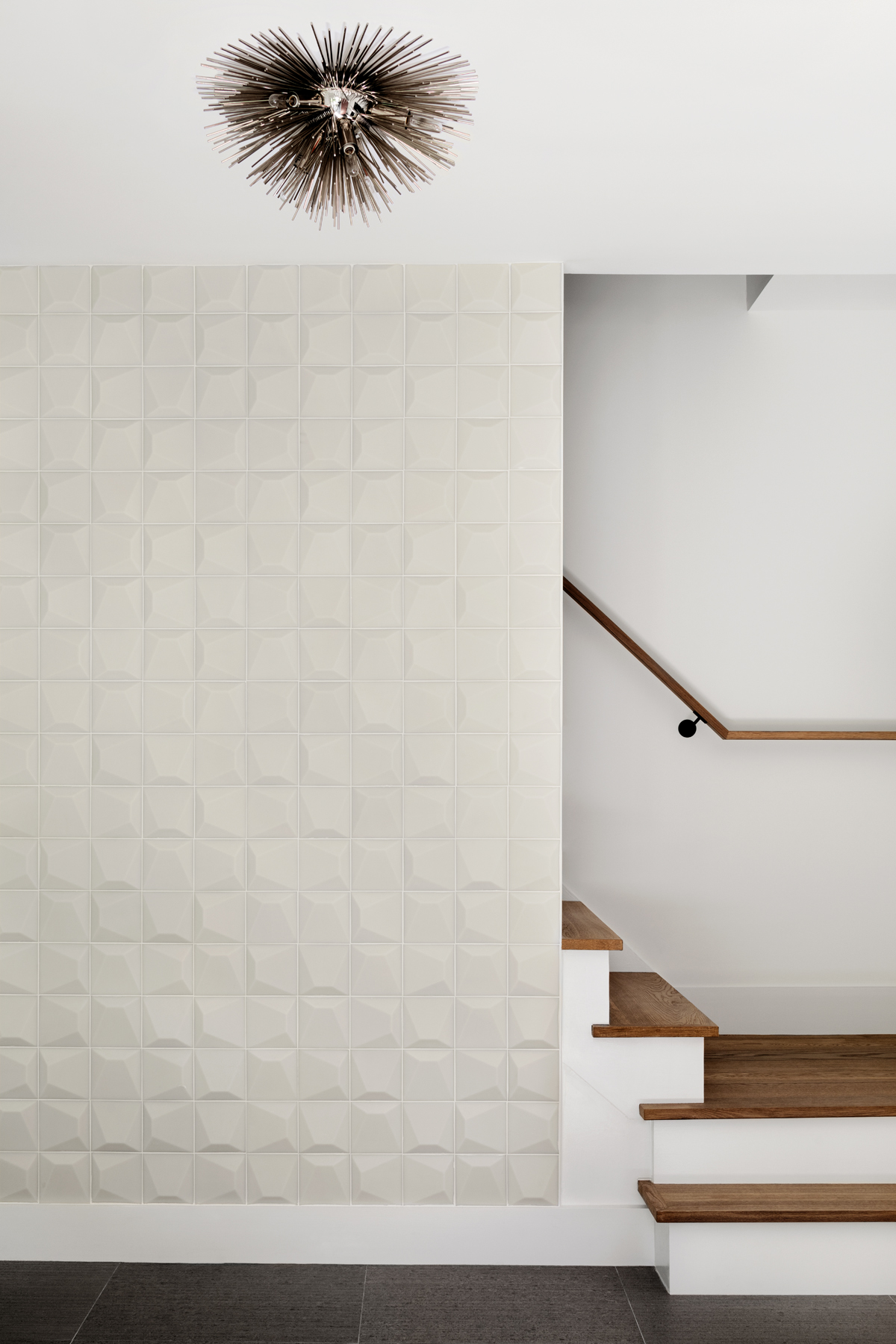 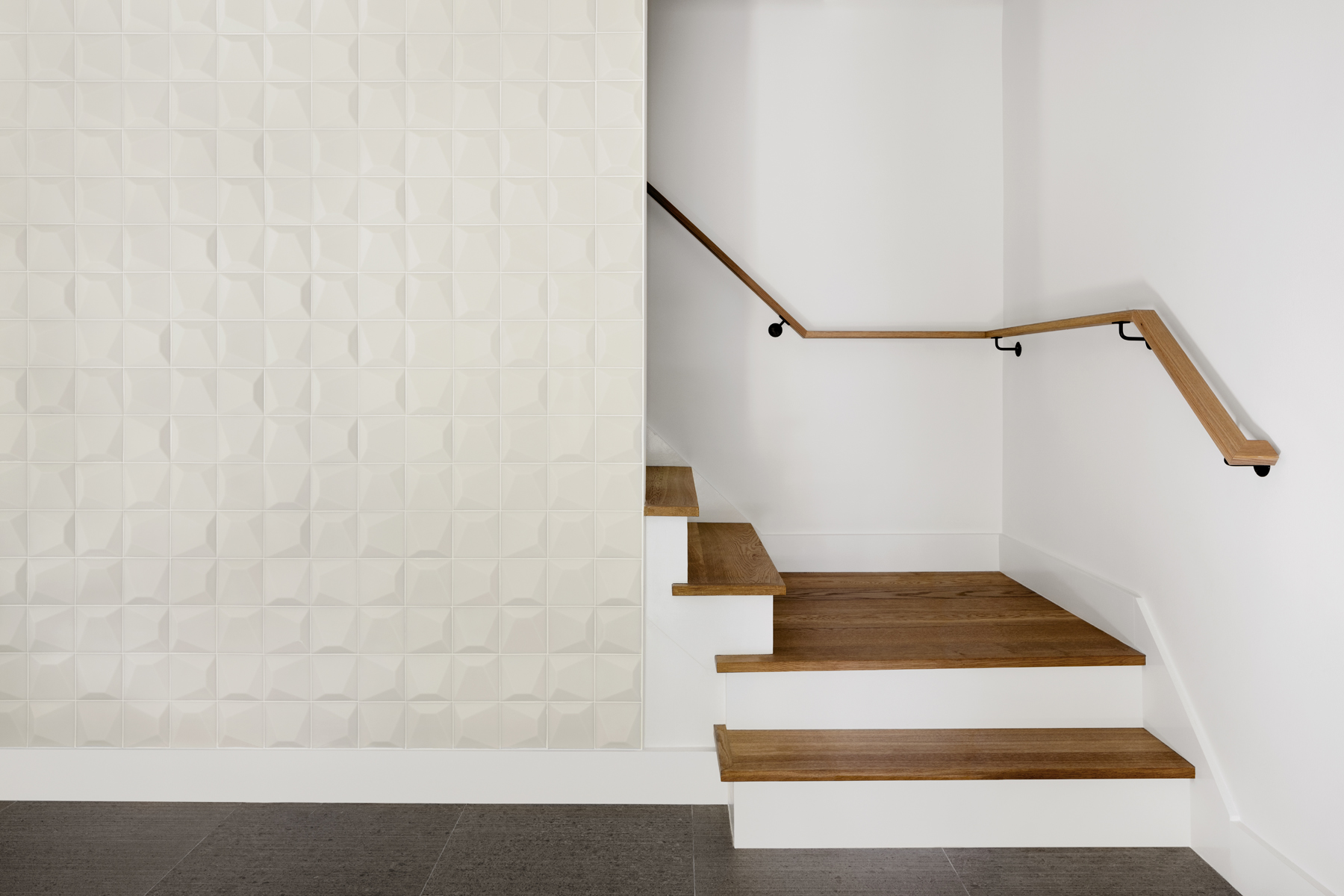 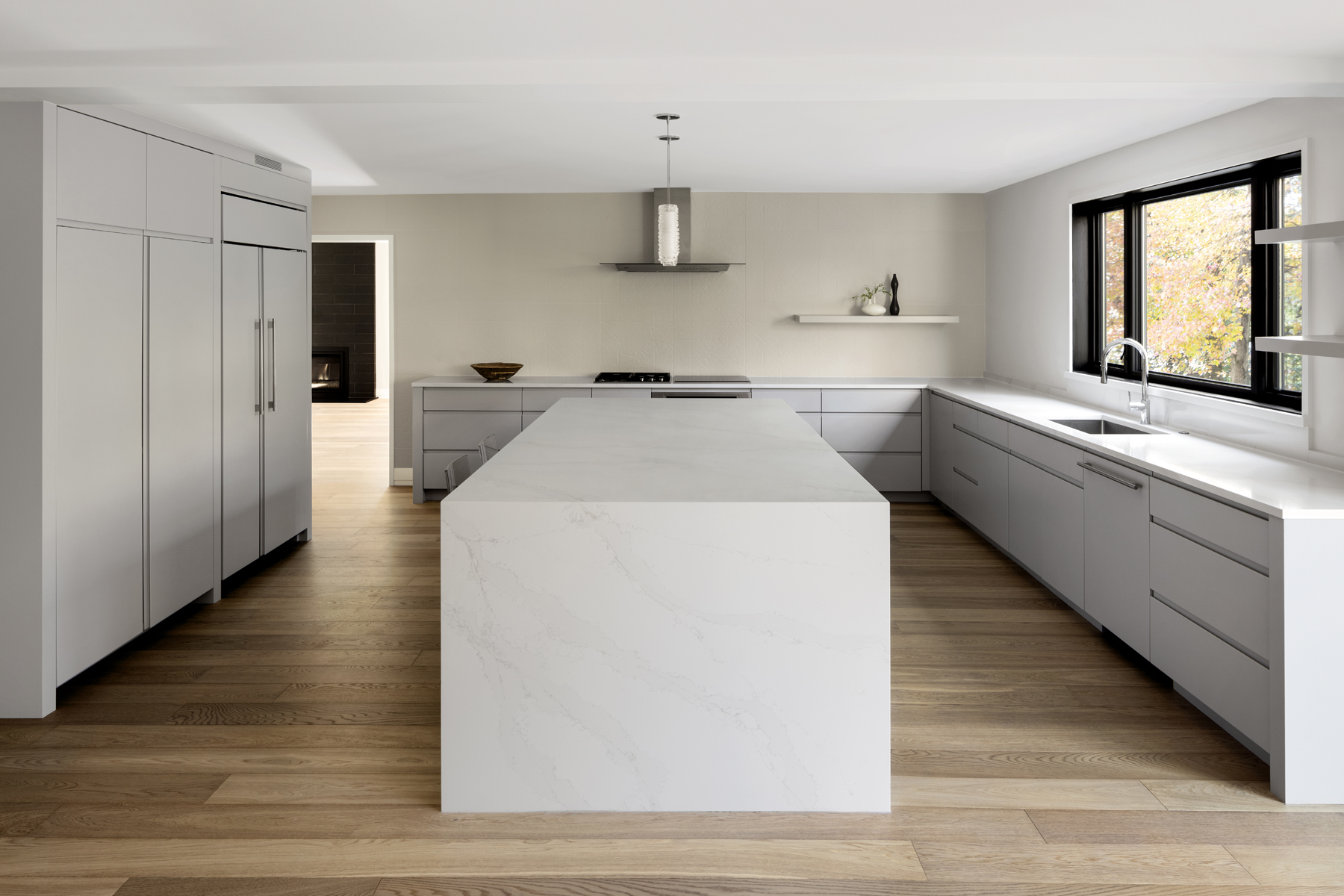 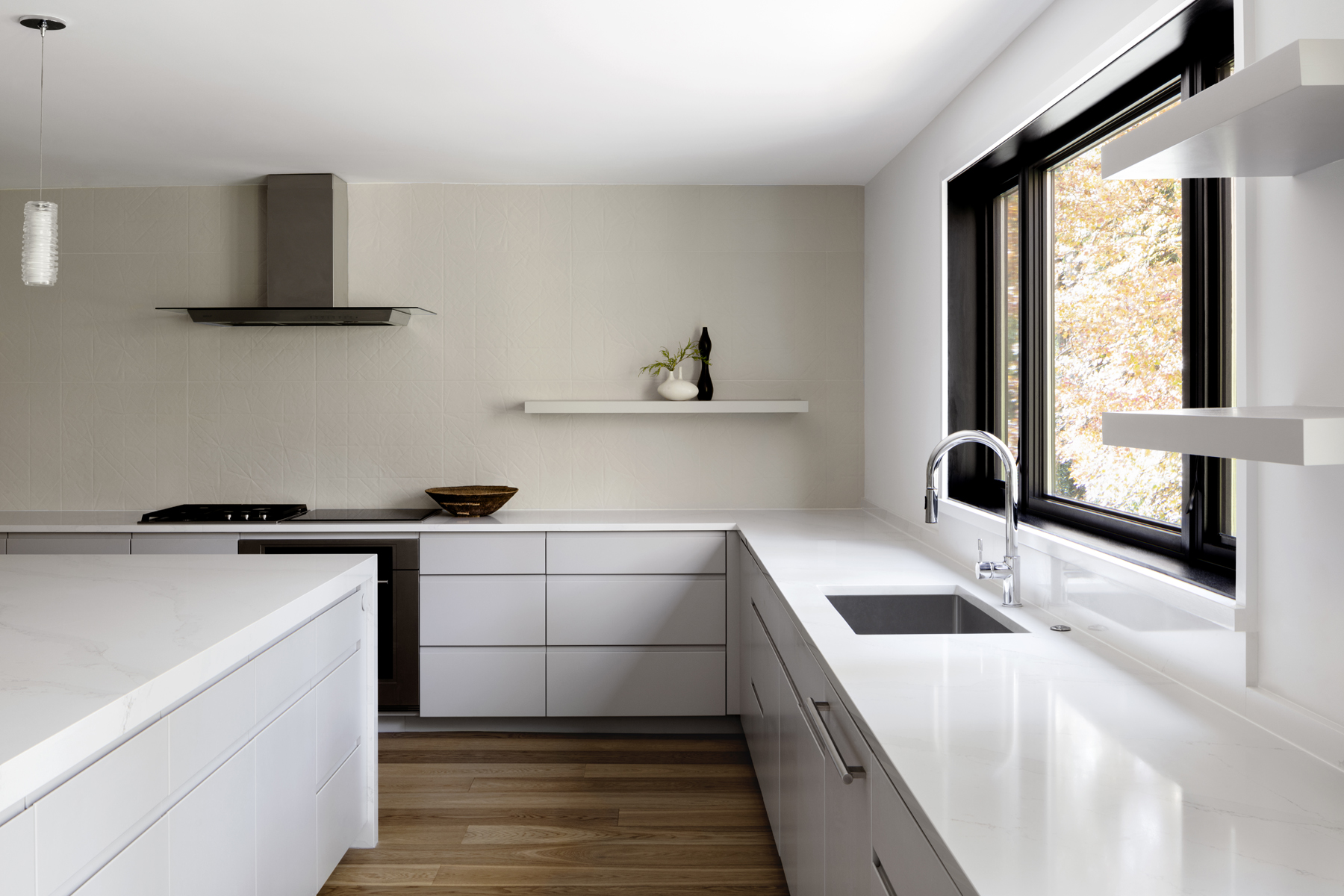 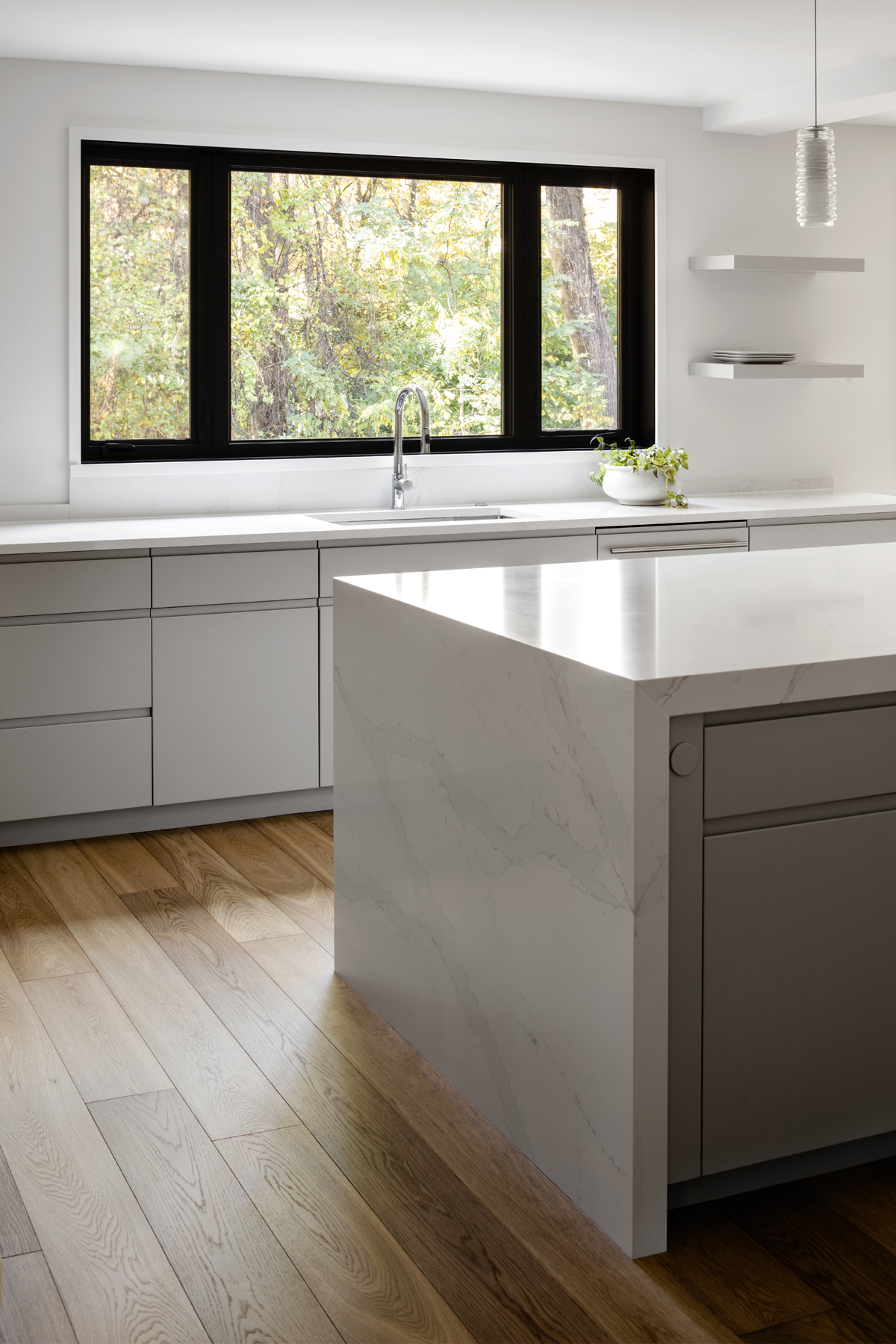 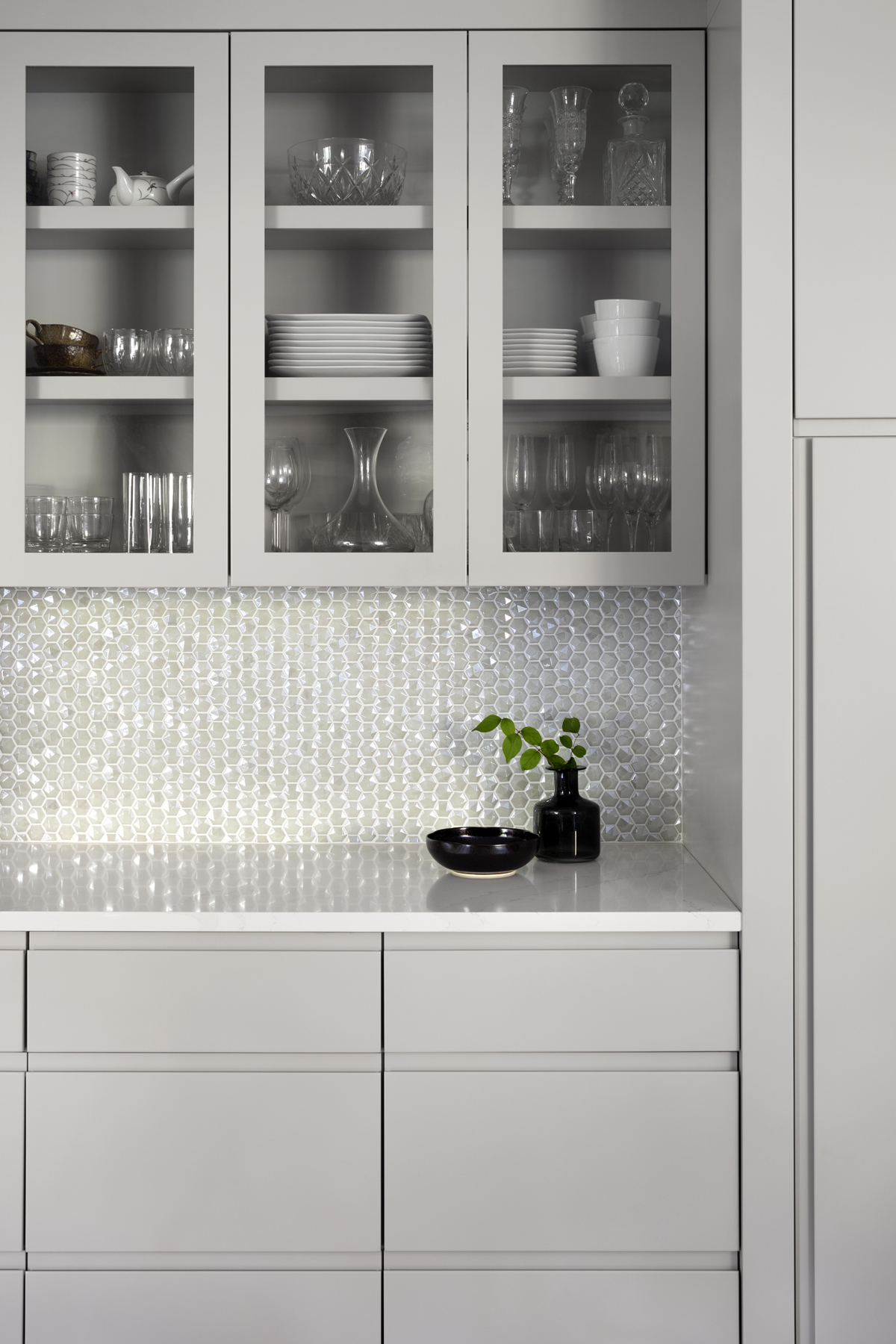 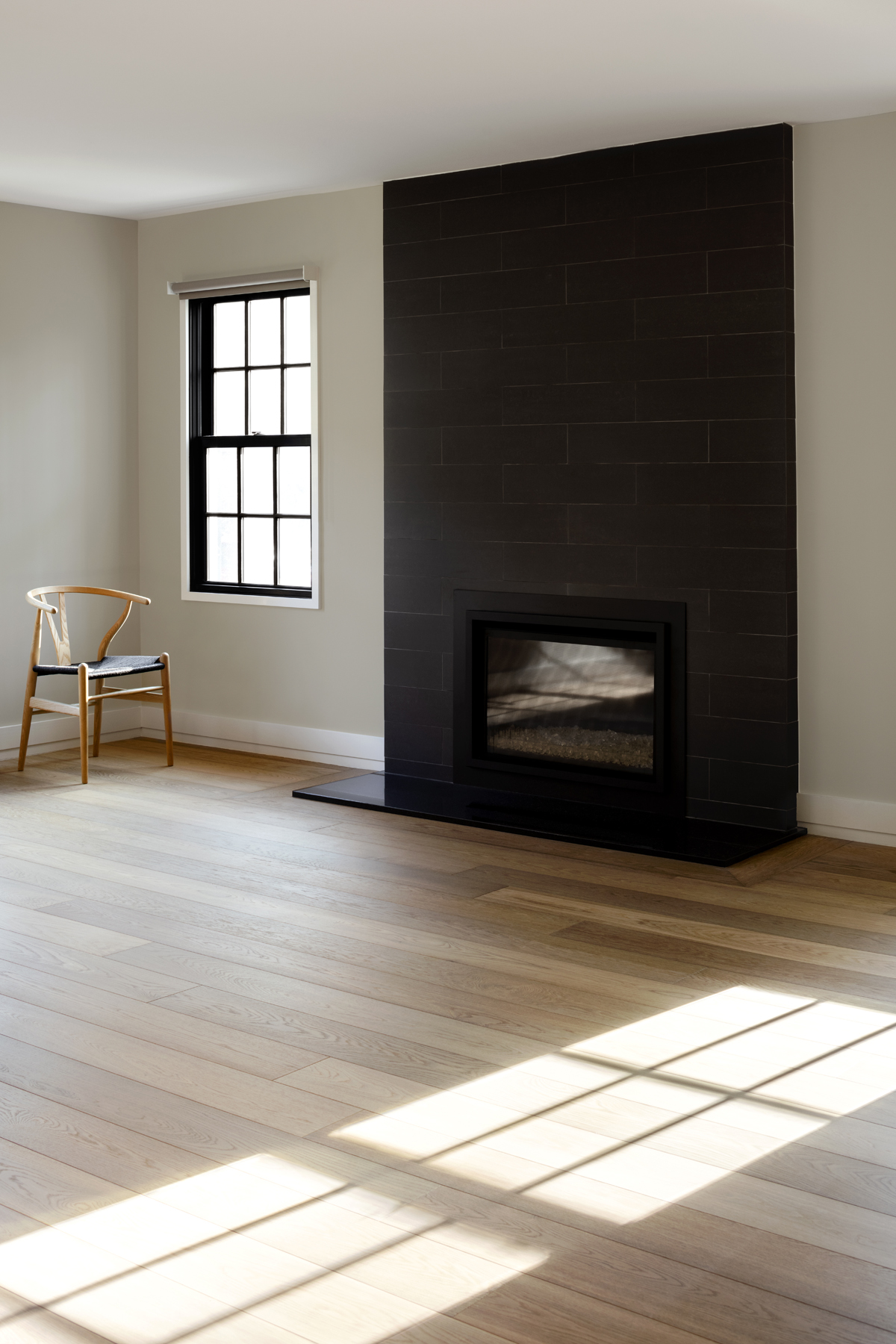 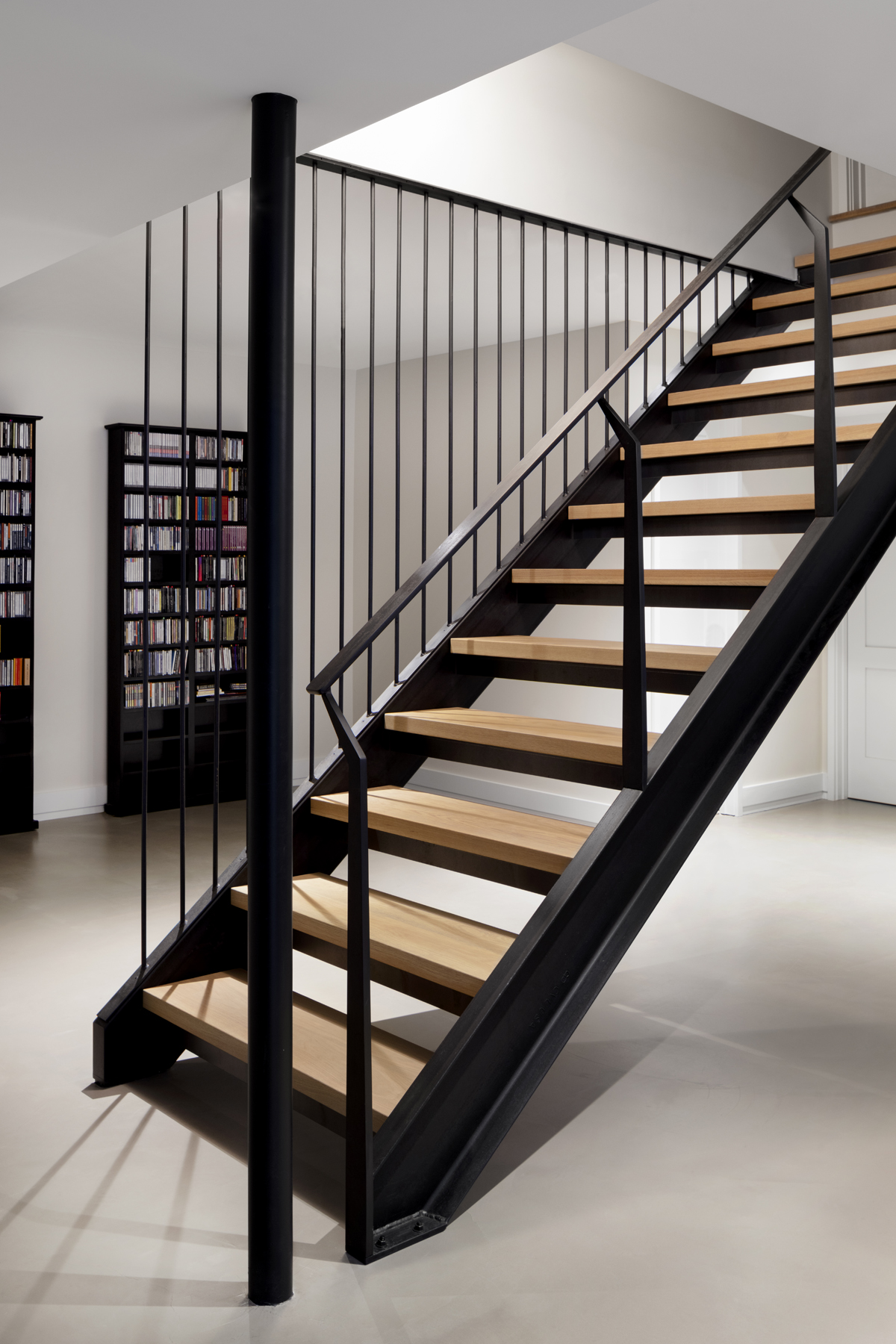 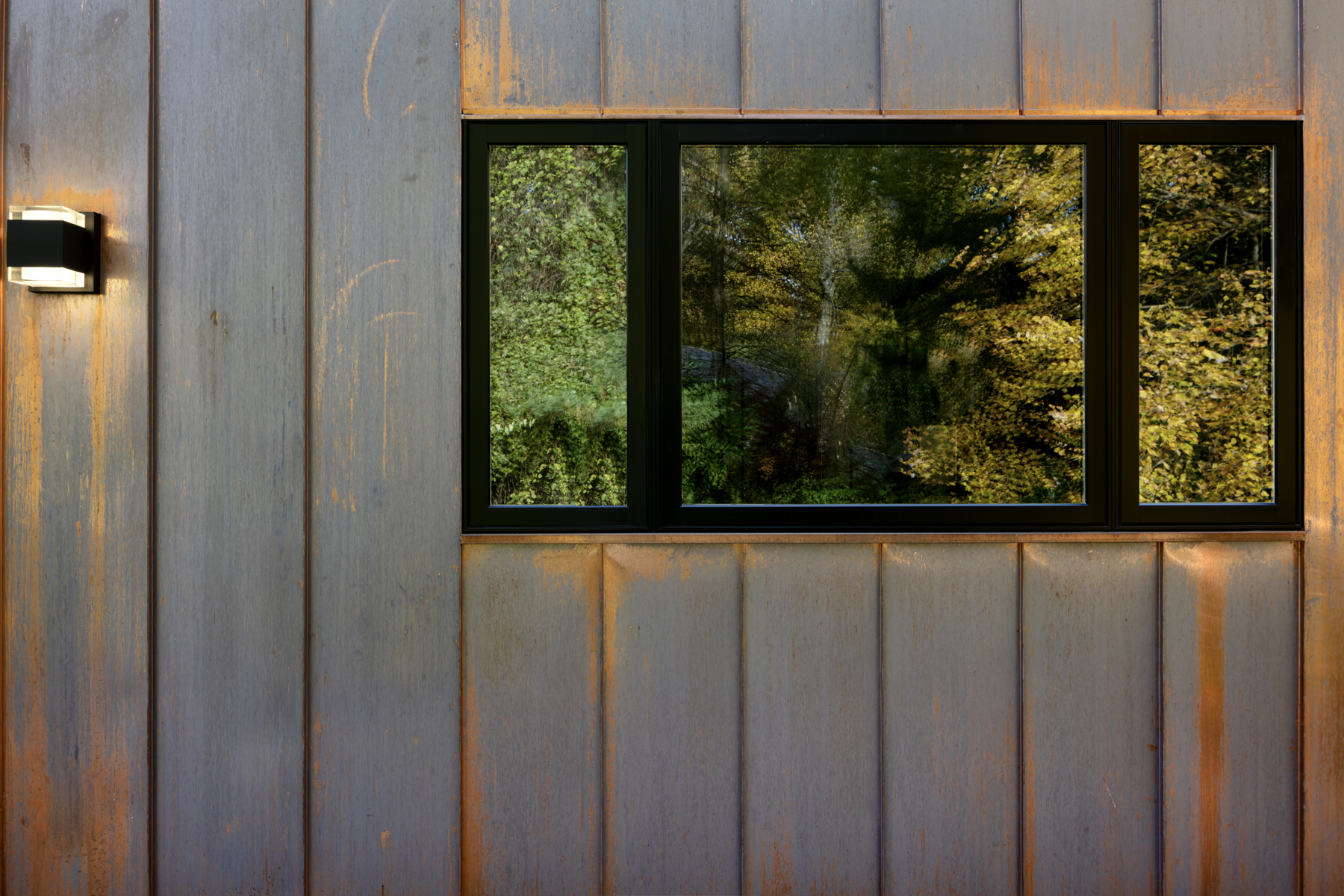 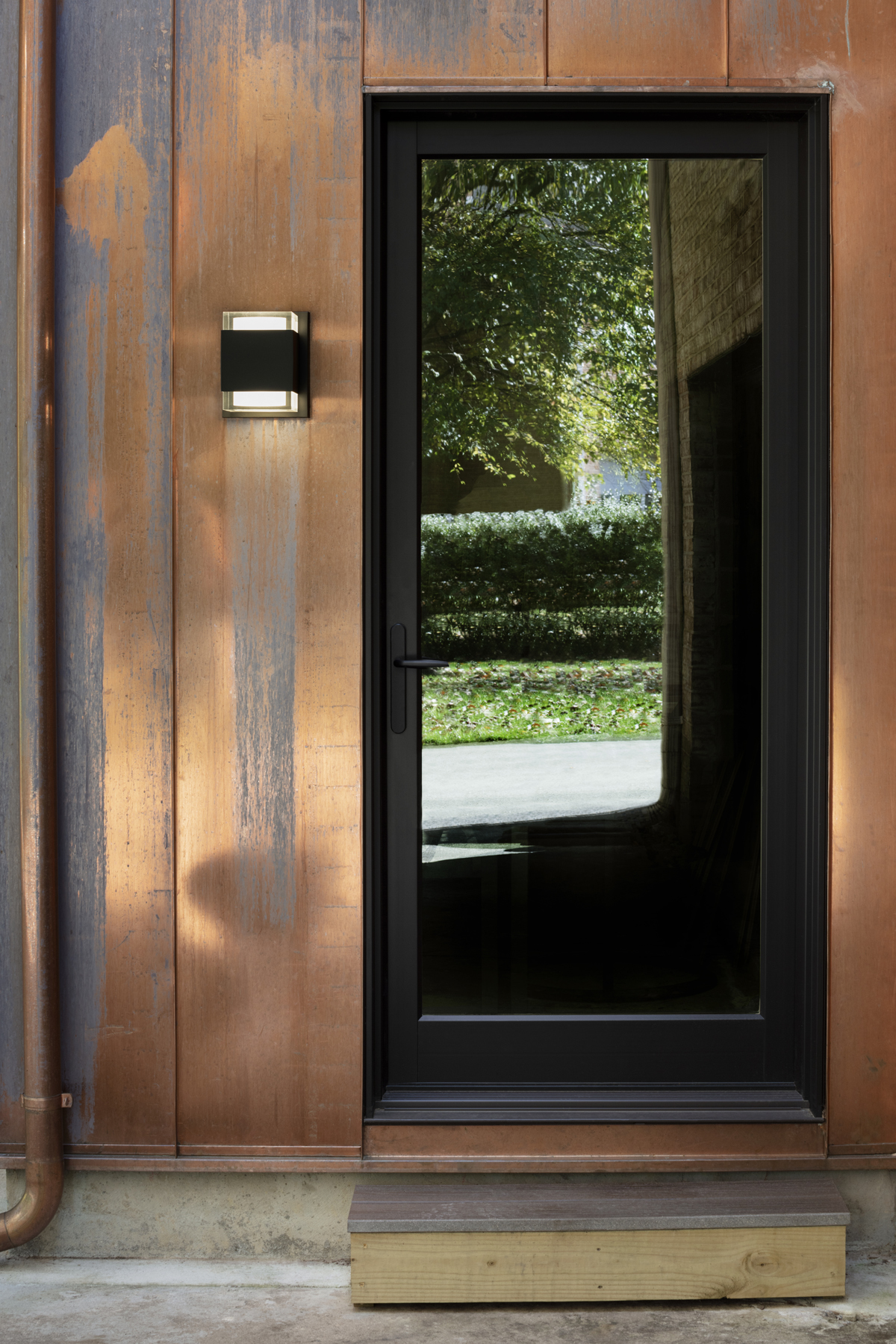 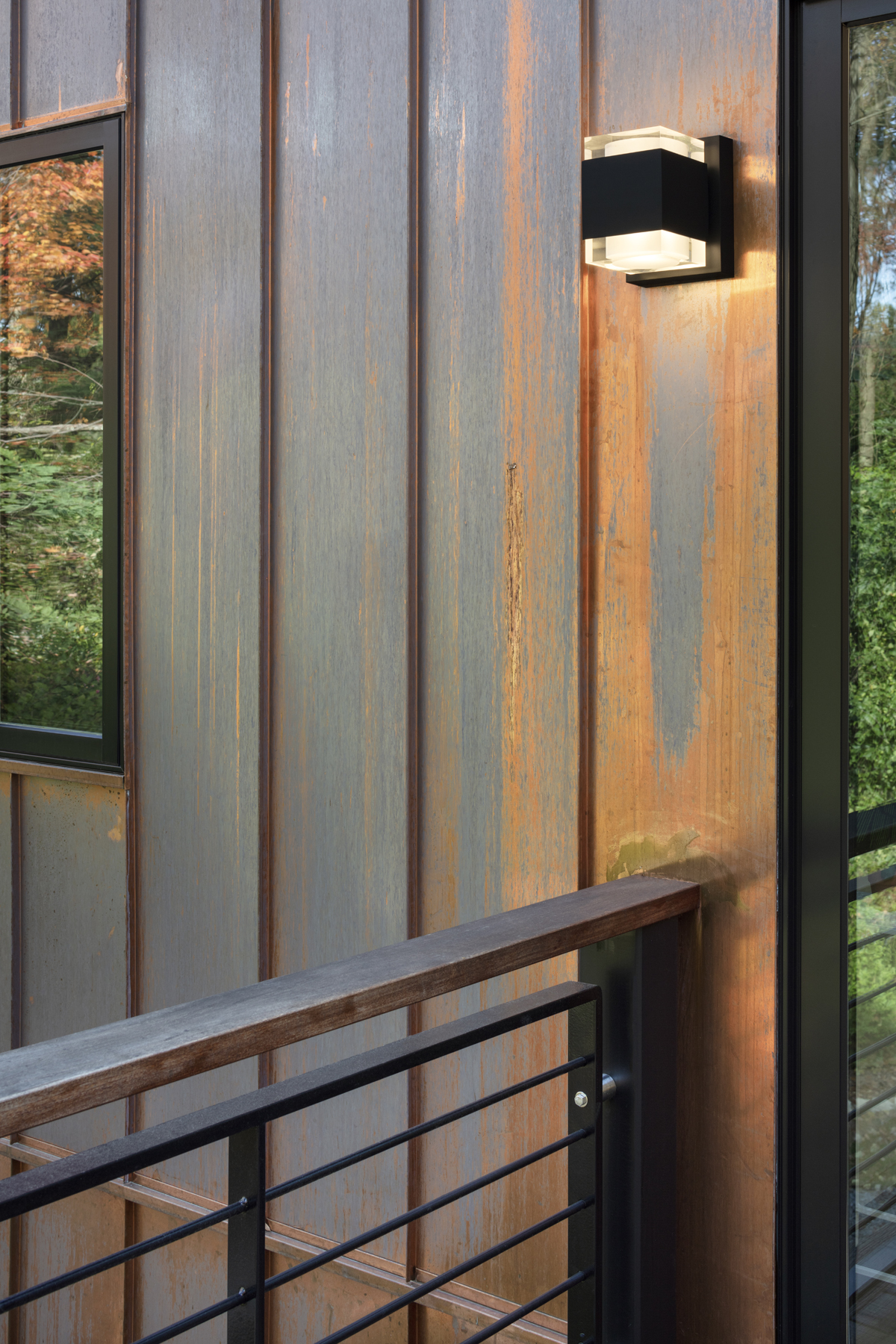 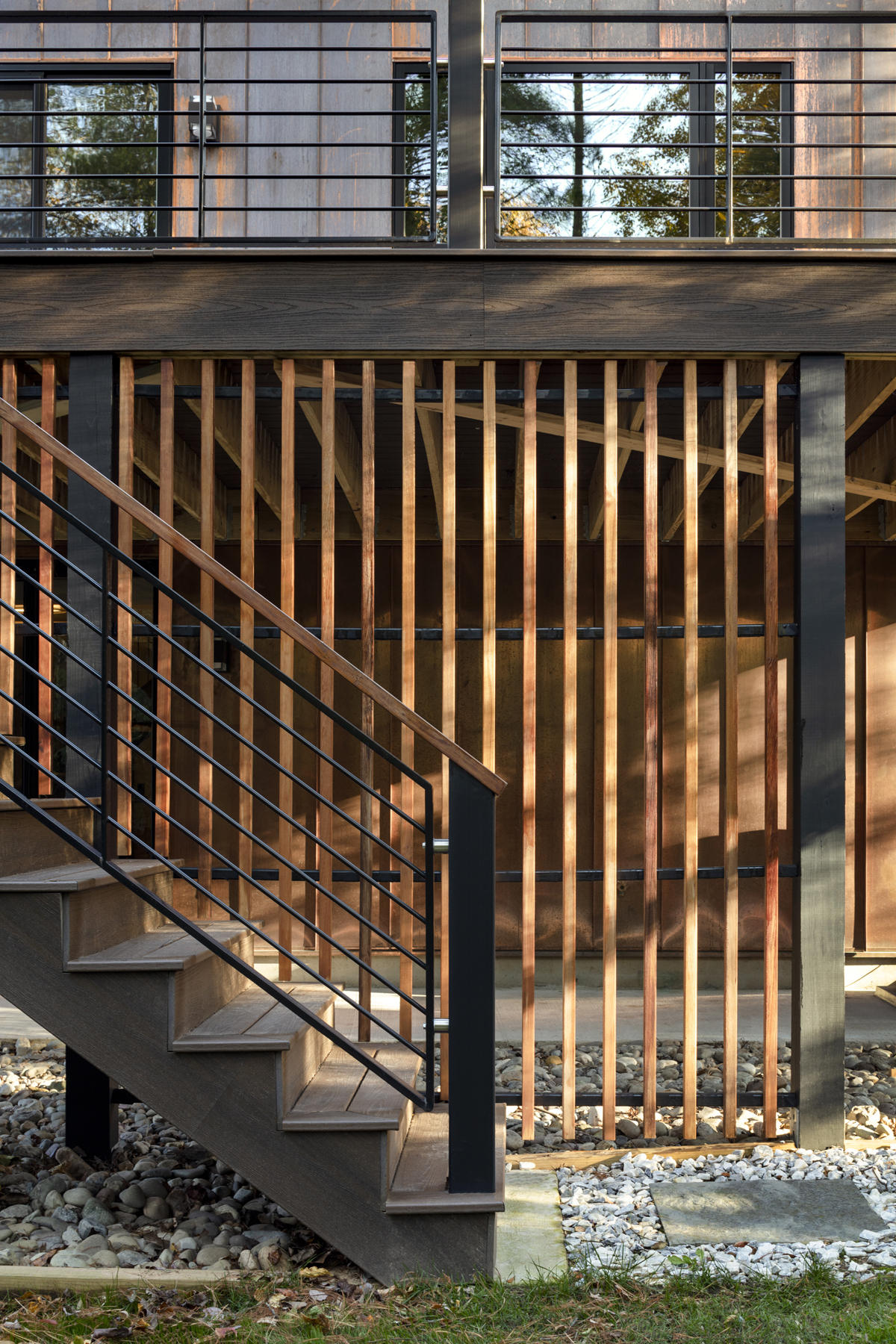 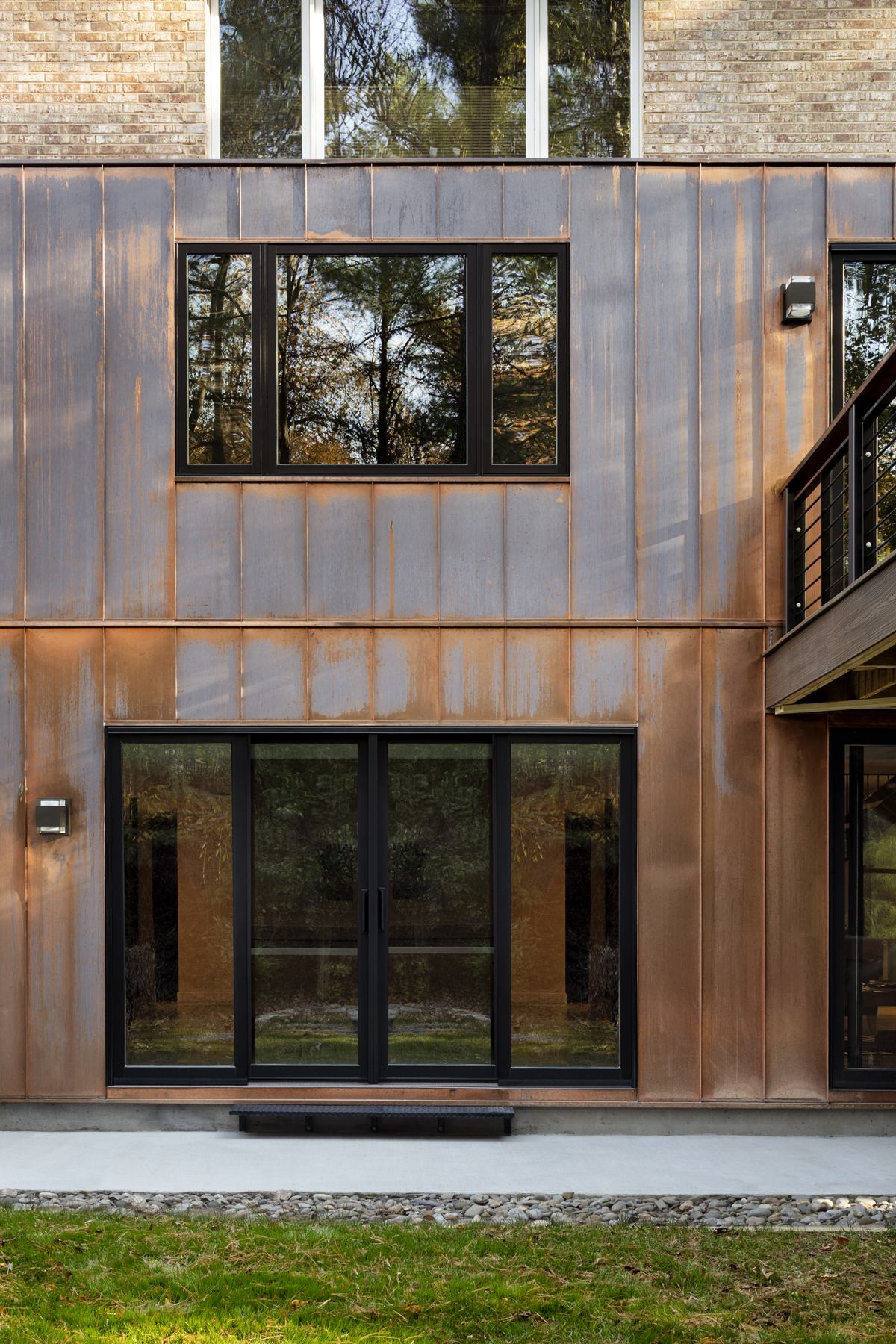 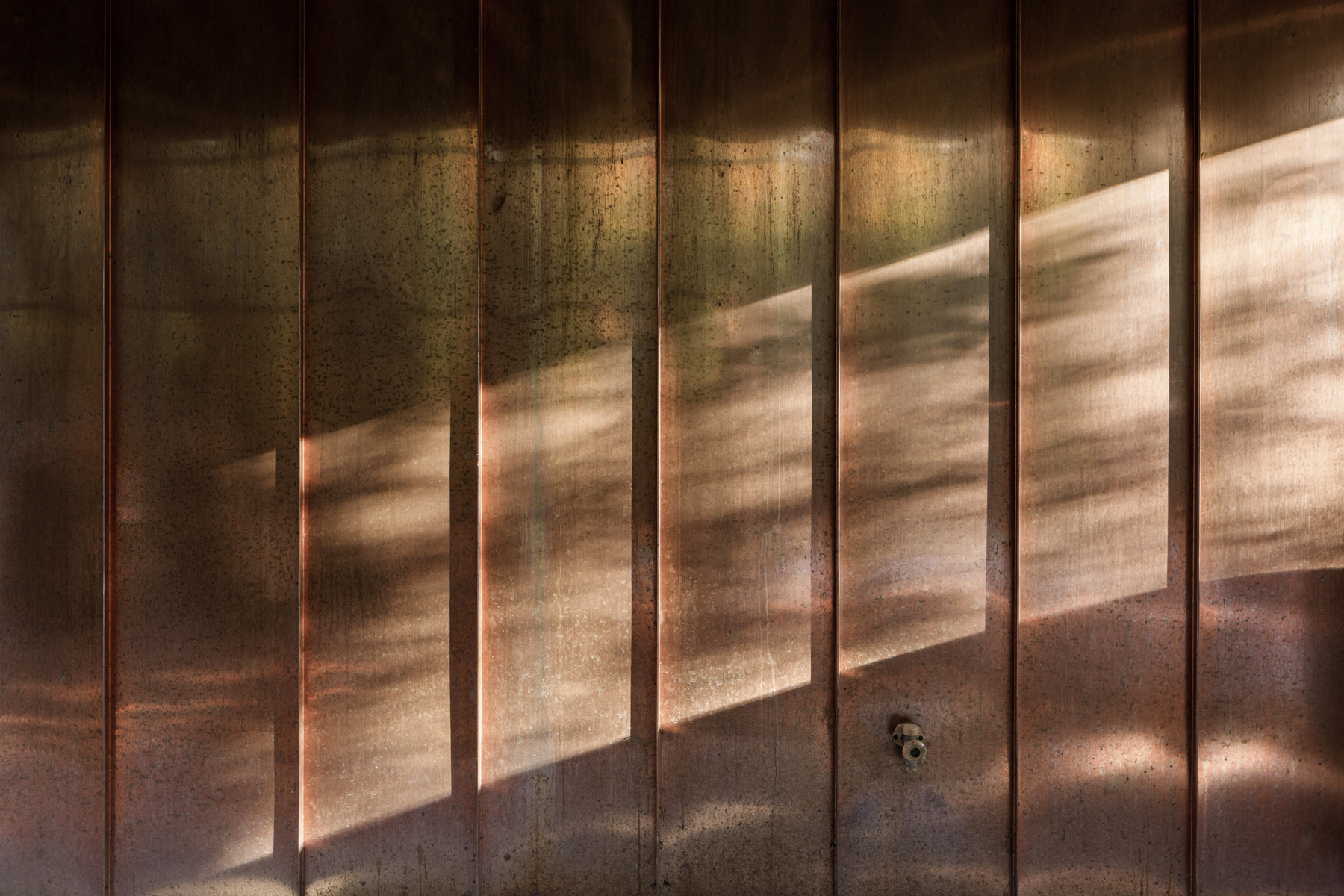 The ‘Copper Line’ project began as a modest desire to enlarge the basement entertainment spaces of a traditional house in northern Virginia. We were asked to design a large, modern basement hideaway where the audiophile owner could retreat to listen to music. In reorganizing the basement spaces, moving the bedroom, and adding six feet to the back of the entire house, we created an opportunity to re-organize and enlarge some of the other challenging spaces on the main floor of the house above – enlarging the kitchen, dining room, and living room and improving the flow of spaces. What started as a smallish renovation ended up encompassing the entire ground floor, most of the basement, and even the stairs and railing between the three levels. The Owners wanted to maintain the traditional front to their house but opted for a more modern, minimal aesthetic inside and in the rear addition.  We started by re-designing the entry door with a pop of modern color and adding a subtle 3D glass tile in the foyer wall. We opened the spaces along the back of the house – adding large, open windows and sliding glass doors to the kitchen and the dining room and anchoring the open space with a large waterfall island. We eliminated all the extraneous details even hardware and allowed the simple, muted palette of wood, tile, quartz and glass to set the tone for the renovation. In contrast to the calm quiet of the interior materials, we chose a shiny copper standing seam to clad the entire two-story addition – siding and roof – and create a jewel-like addition hidden from the traditional suburban neighborhood.